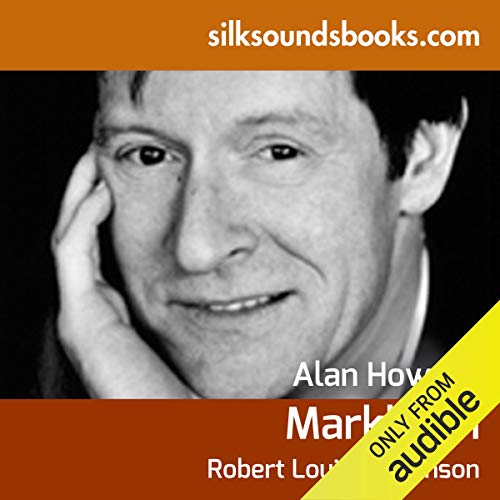 By: Robert Louis Stevenson
Narrated by: Alan Howard
Try for £0.00

The stabbing of an antique dealer on Christmas Day leads the murderer, Markheim, to try to justify his life to the devil in an in-depth discussion about the nature of good and evil. His evening ends quite differently from how he'd planned it and results in him making an admission of guilt for the killing....

Author Robert Louis Stevenson (1850-1894) was born in Edinburgh into a prestigious family of lighthouse designers and engineers on his father's side and moral philosophers on his mother's. His mother's legacy to the young Stevenson was rather more damaging, however, in that he inherited her weak lungs, which dominated his short life until his death 44 years later.

Stevenson did not begin writing seriously until he was 25, after he had acquired a legal qualification at his family's insistence. Maybe through the stress of completing a legal degree under duress, his health was seriously failing, and Stevenson was sent abroad to seek warmer climates.

He travelled to France, where he felt an immediate affinity with the more easygoing Southern culture, changing his name from Lewis to Louis, following the French spelling. He fell in love in 1880 with Fanny Vandergrift Osbourne, an American fleeing an unhappy marriage, and, having followed her to America, nearly killed himself traversing the continent to find her in San Francisco.

The rest of his life was spent chasing a climate that would help him in his fight against tuberculosis.

What listeners say about Markheim

A spooky, haunting morality tale, read beautifully by Alan Howard. Markeim comes to an old dealer's shop one night; like Raskolnikov, he plans to murder the old man. There the resemblance ends. To me it feels like a story by Poe, but it doesn't end like any Poe story I've ever read.