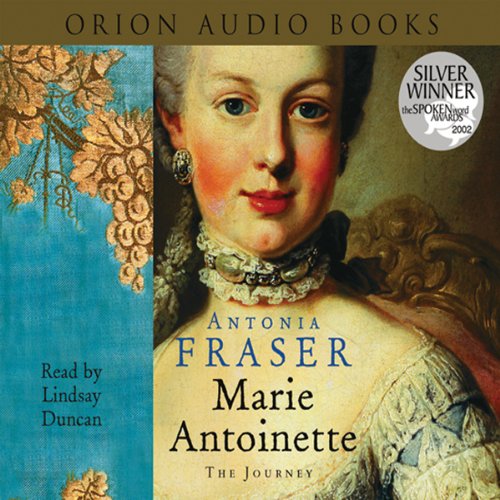 Marie Antoinette's dramatic life-story continues to arouse mixed emotions. To many people, she is still 'la reine mechante', whose extravagance and frivolity helped to bring down the French monarchy; her indifference to popular suffering epitomised by the (apocryphal) words: 'let them eat cake'. Others are equally passionate in her defence: to them, she is a victim of misogyny.

In this biography Antonia Fraser examines her influence over the king, Louis XVI; the accusations and sexual slurs made against her; her patronage of the arts, which enhanced French cultural life; her imprisonment; the death threats made against her; rumours of lesbian affairs; her trial (during which her young son was forced to testify to sexual abuse by his mother); and her eventual execution by guillotine in 1793.

I was very disappointed that Linsey Duncan only reads the unabridged version of this book, she is such a good narrator, it is a pleasure to listen to her.

I enjoy reading historical biographies when I can but lately I've switched to audiobooks instead. I was a little hesitant about listening to an audiobook in the historical genre as I thought it might be a little too dry. I was pleased to discover that wasn't the case, as Antonia Fraser fleshes out the characters and establishes a good pace throughout. I can only speculate about the sheer volume of research that goes into these sorts of ventures, but it made for a good listening experience. Really enjoyed the narrator's voice as well.