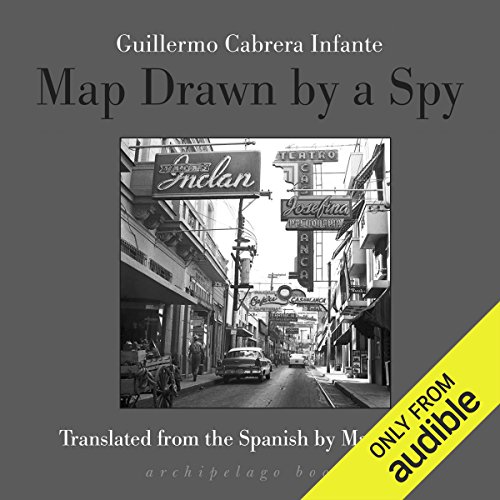 Map Drawn by a Spy

Found in an envelope in Guillermo Cabrera Infante's house after his death in 2005, Map Drawn by a Spy is the world-renowned writer's autobiographical account of the last four months he spent in his country.

In 1965, following his mother's death, Infante returns to Cuba from Brussels, where he is employed as a cultural attaché at the Cuban embassy. When a few days later his permission to return to Europe is revoked, Infante begins a period of suspicion, uncertainty, and disillusion. Unable to leave the country, denied access to party officials, yet still receiving checks for his work in Belgium, Infante discovers the reality of Cuba under Fidel Castro: imprisonment of homosexuals, silencing of writers, the closing of libraries and newspapers, and the consolidation of power.

Both lucid and sincere, Map Drawn by a Spy is a moving portrayal of a fractured society and a writer's struggles to come to terms with his national identity.

What listeners say about Map Drawn by a Spy