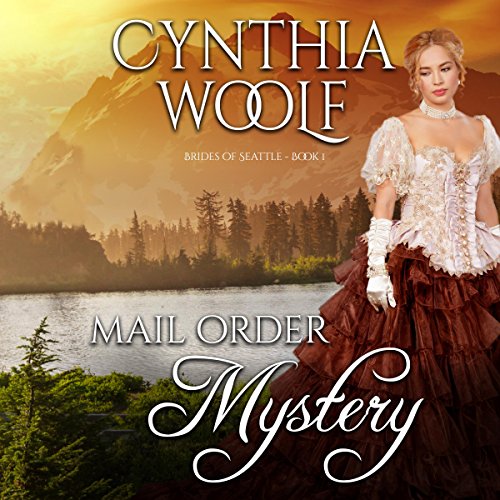 By: Cynthia Woolf
Narrated by: Lia Frederick
Try for £0.00

Civil war devastated the country and left Rachel Sawyer stranded in a dead-end job as a seamstress with no prospects for marriage. Men are thin on the ground in Massachusetts, so Rachel and her best friend travel west, to Seattle, with the handsome Talbot brothers. Jason Talbot, the eldest brother and wealthy owner of a lumber company, is so far beyond her reach that falling in love with him is the most non-sensical thing she could do. So, of course, she does. But after one sensual midnight encounter, Jason pushes her away.

Jason Talbot and his brothers are desperate to keep their lumberjack crews happy. And if that means traveling across the country to escort a hundred women to Seattle as mail-order brides, that's what he'll do. The brides are for other men. After losing his wife 10 years ago, he's not interested in risking another devastating blow to his heart. When Rachel catches his eye, his head and his heart are at war, and he's not sure which side will win.

But when a thief springs up in their midst, and Rachel's determination to solve the mystery leads to murder, Jason realizes he'll do anything, not just to protect her from a killer, but to win her heart.

I gave up half way through chapter 5. Very poorly written. Actions of characters not appropriate for the era. No contractions used, so language comes across as stilted and unnatural. Author needs to take some writing classes and learn about story structure and researching era appropriate language and behavior.

can't wait to hear Lucy story along with the doctor. Enjoyed Rachel story and stayed up late listening to it. Did not predict Lucy being hurt.
will love to hear more about the brides in their new home.

First let me thank Lia Frederick for another great reading of this audiobook. Lisa did a fabulous job!

Jason and his two brothers were going back home to bring Mail Order Brides back to Seattle, Washington for their workers.

Will either of the brothers find a woman to love and marry? Jason swears he will definitely not!

Rachel has other ideas, she knew as soon as she saw Jason that she wanted him to marry her.

Will they Marry? The best way to find out is to get this incredible Audiobook and listen to it yourself.

I highly recommend this wonderful Audiobook to everyone.