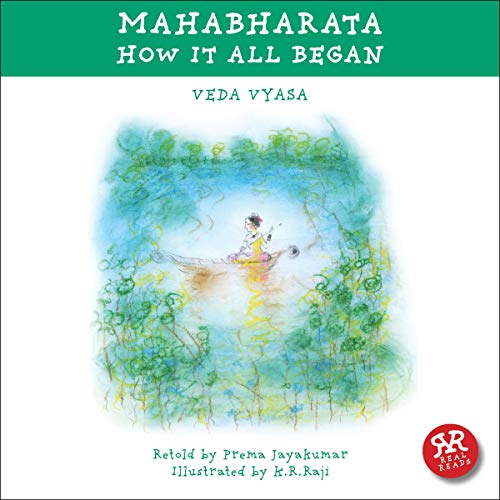 Mahabharata: How It All Began

By: Veda Vyasa,Prema Jayakumar
Narrated by: unknown
Try for £0.00

If there ever was an epic that touches upon every conceivable human emotion and poses the most complex of questions, it has to be the Mahabharata, the most famous of stories from India.

The rivalry between the Pandavas and the Kauravas, royal cousins fighting for the throne at Hastinapura, will end in a mighty battle, but what is it that makes such a conflict inevitable?

Is it the eldest Kaurava brother's envy of his cousins' exceptional military skills? Is it the eldest Pandava's belief that he is the rightful heir to the throne? Or are elements beyond their control deciding the path each will take?

In the first of this exciting three-part story, meet the fascinating characters who play such important roles in escalating the tension between the two families.

What listeners say about Mahabharata: How It All Began