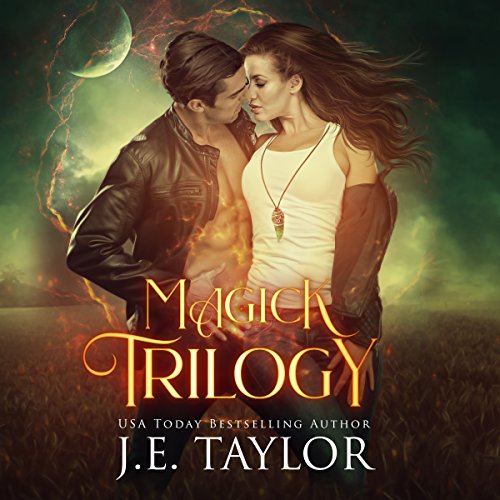 All three books in the Magick series can be found in this trilogy set!

All the stars in Paige Turner's life align when Hunter Garrett proposes under a full moon in a graveyard garden on Halloween night. However, the moment they step inside the fraternity for the annual Halloween bash, their entire future unravels in a swell of drugs and deceit. Paige wakes in a sanitarium with no recollection of anything beyond a few raunchy sex acts, and the news she is presented with squeezes her heart to the breaking point. Hunter died of an overdose and everyone thinks she is responsible. With all the evidence pointing in Paige's direction, proving her innocence may be an impossible feat, but that is the least of her worries now that she has unleashed an angry ghost.

What was supposed to be a relaxing weekend in New York City turns sour when she meets a familiar stranger who freezes the blood in her veins. The experience shocks her world, and sends her into a flurry of doubt over everything in her life, from her current relationship, to her skills as a witch. Did she truly banish a ghost, or just transplant him into a different body...a body primed for revenge?

When Paige and Austin find out the truth about Austin's heritage, they must come to terms with an evil much greater than Hunter's ghost. An evil targeting Austin, coveting his blood. Paige must keep him safe from the devil's henchmen, and the only way she knows how is to call into practice her rusty skills wielding practical magick. If she fails, Austin's heart will be used in the battle of good versus evil.