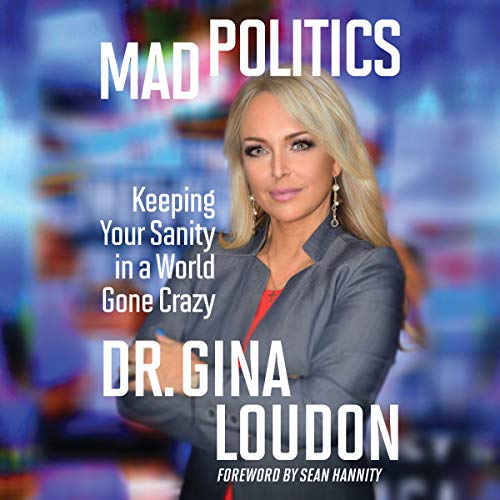 If the definition of insanity is doing the same thing over and over but expecting a different result, America has been insane since the Reagan era. But the election of Donald Trump is certainly not like what America has done before. The media delights in diagnosing President Trump as “mad” - but what if he’s actually the cure for a country who’s been going mad for years?

In Mad Politics, Fox News commentator, radio host, and psychologist Dr. Gina Loudon diagnoses the problem with America’s status quo politics. Loudon has unique insight into both the Trump campaign and the larger political landscape as a media surrogate for President Trump’s campaign, the wife of a former senator from Missouri, the host of a national television show (America Trends), a seasoned psychological analyst on Fox News, CNN and others, and a twice pedigreed Master and PhD.

With authority and wit, Mad Politics exposes cultural patterns that have led to today’s political narcissism. She scans the psychological literature and illuminates a formula to answer the question: How can we restore a sound mind to the body politic? The answer, Loudon concludes, may be in joining Trump in a complete rejection of political correctness.

Brilliant political analysis. Very informative audiobook and offers a unique perspective to the current state of affairs in the US.
I don't write many reviews but this book really deserves it.