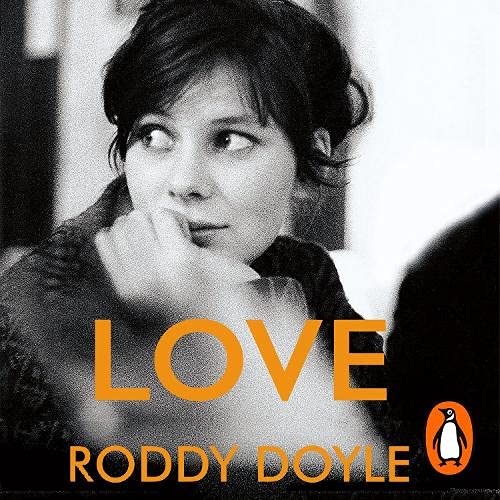 Davy and Joe have got a lot to catch up on.

Drinking pals back in their Dublin days, Davy rarely sees Joe for a pint anymore - maybe one or two when Davy’s over from England to check in on his elderly father. But tonight, one pint will turn to three and then five as Joe recounts a secret, leading the two men on a bender back to the haunts of their youth.

Joe has left his wife and family for another woman, Jessica. Davy knows her too, or he should - she was the girl of their dreams all those years ago, the girl with the cello in George’s Pub. As Joe’s story unfolds across Dublin - pub after pub - so too do the memories of what eventually drove Davy from Ireland: his first meeting with Faye (the woman who would become his wife), his father’s sombre disapproval, the pained spaces left behind when a parent dies.

As much a hymn to the Dublin and the pubs of one’s youth as a delightfully comic, yet moving portrait of what it means to try to put into words the many forms love can take, Love marks a triumphant new turn for Roddy Doyle.

What listeners say about Love

What a writer, done absolutely brilliantly, had everything, roddy doyle a true Irish legend. Excellent

I can’t believe I made it to the end. 7 hours of 2 men bickering in a pub. Awful.

Simple but also a complex subject

Incredibly profound display of Love on so many levels. Would make a great play with these two characters . Roddy has you hooked in the first chapter, beautifully read

Should have listened to the reviews.

Stayed for over 4 hours. Can not make it any further. Maybe is would be better in a book.

I couldn't finish it. I know it was intended to replicate two auld lads having a rambling drunken chat. But it rambled too long, it was over done by about 2 hrs. It also got confusing as the two characters seemed so similar.

Lust a better title no love found in this book

On a pub crawl with 2 selfish lads 50+ bickering over a lady of lust from their teenage years. Narrator was good but that didn't improve the storyline .