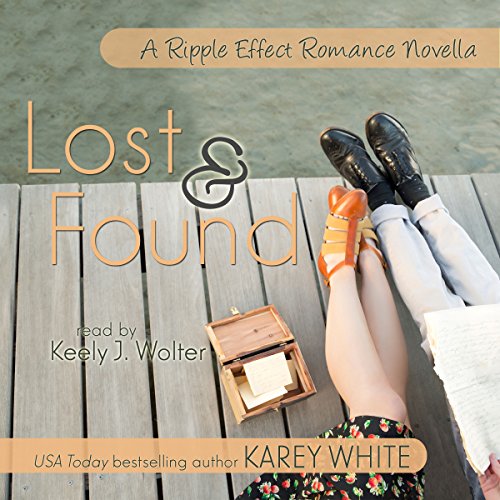 Lydia was supposed to have an adventurous and exciting summer. Instead she's done nothing more than read and eat takeout. Now it's time to go home, and what does she have to show for it? A big fat nothing. Unless, of course, her trip to the airport somehow turns into something more than just a flight home.

Blake feels like he's been sent on a wild goose chase. While work is piling up back in Denver, he's on the other side of the country, hunting for some mysterious box that his grandfather left him. Well, no more. Nothing inside that box could possibly be more important than the opportunity to make it as the youngest partner at his firm. So he's going home, and that's that. But that's before he discovers his flight has been cancelled.

When these two strangers meet at the airport, they make a split-second decision to search for the box together. Maybe with both of them on the hunt, Lydia can have her adventure and Blake can find the box. And maybe, if they’re lucky, they’ll even find some romance.

"Like a pebble tossed into calm water, a simple act can ripple outward and have a far-reaching effect on those we meet, perhaps setting a life on a different course - one filled with excitement, adventure, and sometimes even love."

What listeners say about Lost and Found: A Ripple Effect Romance

This was a fun and light listen. I would recommend this book to anyone who wants to relax and get drawn into a world where priorities are right and fun.