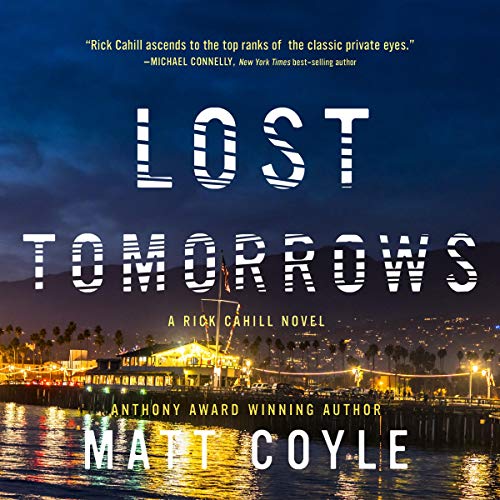 A phone call thrusts Rick Cahill's past and all its tragic consequences into his present. Krista Landingham, his former partner on the Santa Barbara Police Department, is dead. When Rick goes to the funeral in the city where his wife was murdered and where he is seen as guilty for her death in the eyes of the police, he discovers that Krista's death may not have been a tragic accident, but murder.

Hired by Krista's sister, Leah, to investigate, Rick follows clues that lead him to the truth, not only about Krista's death, but about the tragedy that ruined his life. Along the way, Leah shows him that his life can be salvaged and he can feel love again if he can just move beyond his past. But the past is Rick's present and will always be until he rights his one great wrong. In the end, Rick is left with a decision that forces him to confront the horrific actions he'll need to take to exact revenge and achieve redemption.

What listeners say about Lost Tomorrows

Message AND the Messenger are BAD

Perhaps I am simply jaded by all the excellent mystery/crime authors I have consumed over the decades.
This book’s thematic delivery is so circular, repetitive and ambiguous that I hardly knew where I might be in the story line at any one time. Combine this with the nearly inarticulate narrator whose view of tension and inflection rank with Uncle Scrooge of Donald Duck fame.
“They were mean to me so I’m gonna kill them,”. Then they weren’t mean to me so they kill one another?!? And then let’s off to the woods to see if we can find a wedding ring. Sound good?
NOT TO ME👎🏽!?