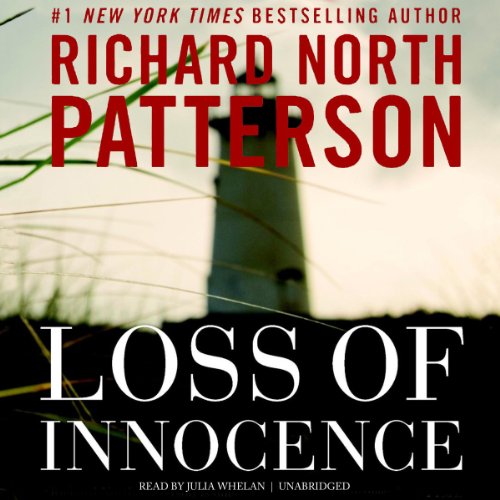 From acclaimed author Richard North Patterson comes a sweeping family drama of dark secrets and individual awakenings, set against the backdrop of the tumultuous summer of 1968.

America is in a state of turbulence, engulfed in civil unrest and uncertainty. Yet for Whitney Dane - spending the summer of her twenty-second year on Martha's Vineyard - life could not be safer, nor the future more certain.

Educated at Wheaton, soon to be married, and the youngest daughter of the all-American Dane family, Whitney has everything she has ever wanted and is everything her all-powerful and doting father, Charles Dane, wants her to be.

But the Vineyard's still waters are disturbed by the appearance of Benjamin Blaine. An underprivileged yet fiercely ambitious and charismatic figure, he is a force of nature neither Whitney nor her family could have prepared for.

As Ben's presence begins to awaken independence within Whitney, it also brings deep-rooted family tensions to a dangerous head. And soon Whitney's set-in-stone future becomes far from satisfactory and her picture-perfect family far from pretty.

Would you try another book from Richard North Patterson and/or Julia Whelan?

Maybe - I liked Richard North Patterson's earlier books, but this was an unfortunate departure into romance and a preachy, ham-handed evocation of the sixties.

Would definitely listen to Julia Whelan perform another book.

What was most disappointing about Richard North Patterson’s story?

Characters were cardboard and either admirable or despicable--absolutely without subtlety. And much about these people was not shown or developed but lengthily described and explained. The period setting was shaky and the plot was completely predictable. There were a couple little anachronisms that should have been caught in editing, The political point of view, which I happen to agree with, was delivered with bludgeoning preachiness. Perfunctory, but unconvincing sex scenes. Awful. Much of it read like a bad historical romance. I could not believe it was the same writer I previously enjoyed.

Good variation of voices (though her Bobby Kennedy bits were rough, but that's not a big part of the book)

Barely. Some bits describing the sixties were almost okay...

More a prequel than a continuation.

Not quite what I expected. Rather than being a continuation of Book 1, it was more a reflection on what came before, delving into the man, Benjamin Blain, and all that went into making him what he became. There were a bit more descriptive sex scenes than I would have liked, and were not, to my way of thinking absolutely necessary to the story line. While the plot was partially driven by the dysfunctional sexuality of the people in this tight community, it could have been handled a bit more discretely. All in all, however, I will give this one 4 stars and move on to the third and final book of this trilogy.

Best book in the series!

Ben and Whitney. They were true to who they were and honest about what they wanted.

Great voice for narration and did a good job with all the character voices.

If you could take any character from Loss of Innocence out to dinner, who would it be and why?

Got through this book faster than book 1!

Had not read a Richard North Patterson

book in a long time. The book was fine, just not a book I would have chosen.

One of the best books I've ever read (heard)

What made the experience of listening to Loss of Innocence the most enjoyable?

This blend of very well written prose and the political and social events that occurred in the late 1960's was really quite entertaining. I really enjoyed learning about what our country was like in 1968 in upper income suburbia. At that point in my own life I was 10 years old but completely unaware of what was going on politically and socially. Very neatly interspersed with this is the story of a family completely closed off and safe in their little world of the privileged... Yet unraveling quickly. This writer captures the most unusual things regarding feminism and women's feelings and communication between men and women. I expected a good story however I really was entertained, educated and enlightened. I've been reading Patterson's books since the first one he ever wrote ...and this is by far without question is best. I have an 88 mile a day commute so I 'read 'a lot of books audibly and this narrator did a fantastic job as well. Bravo!!

Ironically ...in retrospect the build up to the scene where Whitney wants to surprise Peter in the city and her entire world unravels from that moment…… I don't want to spoil it however I realized much later how the way the setting up of the scene,... the way everything was described in detail so well that it was like a haunting melody had started to a drumroll of feeling. A slow motion start to the roller coaster coming.

Too many to mention.

Listen to this book. The narrator does a great job with east coast genteel accents. And the story is very moving.