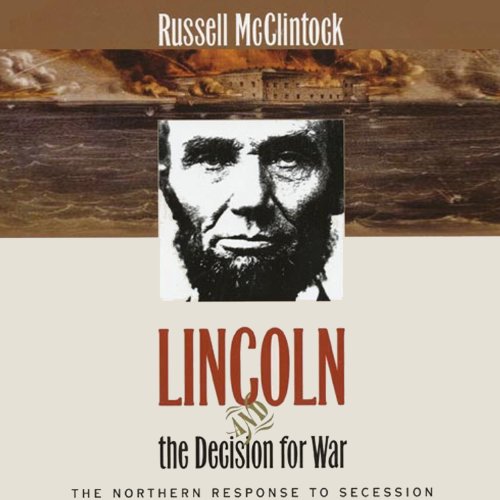 Lincoln and the Decision for War

By: Russell McClintock
Narrated by: David Zinn
Try for £0.00

When Abraham Lincoln's election in 1860 prompted several Southern states to secede, the North was sharply divided over how to respond. In this groundbreaking audiobook, the first major study in over 50 years of how the North handled the secession crisis, McClintock follows the decision-making process from bitter partisan rancor to consensus. From small towns to big cities and from state capitals to Washington, D.C., McClintock highlights individuals both powerful and obscure to demonstrate the ways ordinary citizens, party activists, state officials, and national leaders interacted to influence the Northern response to what was essentially a political crisis. He argues that although Northerners' reactions to Southern secession were understood and expressed through partisan newspapers and officials, the decision fell into the hands of an ever-smaller handful of people until finally it was Abraham Lincoln alone who would choose whether the future of the American republic was to be determined through peace or a sword.

What listeners say about Lincoln and the Decision for War