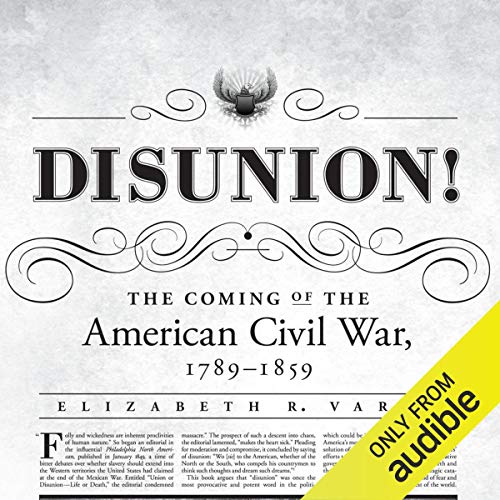 Americans debating the fate of slavery often invoked the specter of disunion to frighten their opponents. As Elizabeth R. Varon shows, "disunion" connoted the dissolution of the republic - the failure of the founders' effort to establish a stable and lasting representative government. For many Americans in both the North and the South, disunion was a nightmare, a cataclysm that would plunge the nation into the kind of fear and misery that seemed to pervade the rest of the world. For many others, however, disunion was seen as the main instrument by which they could achieve their partisan and sectional goals. Varon blends political history with intellectual, cultural, and gender history to examine the ongoing debates over disunion that long preceded the secession crisis of 1860-61.