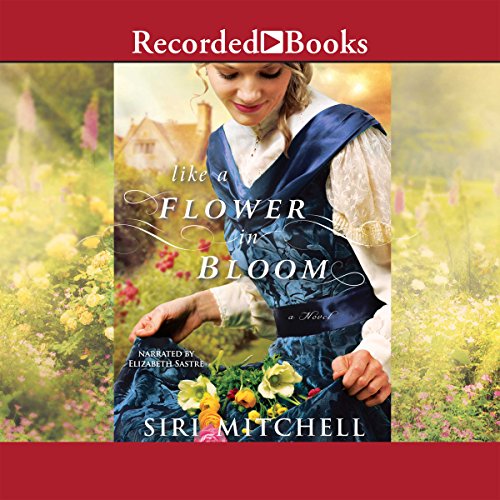 For years Charlotte Withersby has worked as an assistant to her father, an eminent English botanist. As she approaches the old age of twenty-four, her father pushes her out into society, swayed by an uncle who believes God's only two roles for women are marriage and motherhood. When one of the Withersbys' colonial correspondents, Edward Trimble, returns to England, he's drafted as the new assistant so Charlotte is free to marry. This suits Edward's plans quite well, since the last thing he wants to do is reunite with the family he is ashamed to call his own. Though Edward proves himself vexingly capable on the job, Charlotte won't surrender it without a fight and schemes with her best friend to regain her position. Perhaps if a proposal seems imminent, Charlotte's father will see his error and ask her to return.

Charlotte tries to make headway in her town's social life but reveals herself to be unaware of all the intricacies of polite society. Though Edward pitches in, tutoring her in society's expectations, she just seems to make things worse. And the more she comes to know of her father's assistant, the more trouble she has imagining life without him. Caught in a trap of her own making and seeing the hopelessness of her prospects, will Charlotte get to keep her work, or will she have to cede her heart?

A Laugh Out Loud Delight!

"Like a Flower in Bloom" was a very pleasant surprise. I've only read a few of Siri Mitchell's other books, and have done so with mixed results, but I've never been overly crazy about any of them. I enjoy this time period, however, and the plot sounded interesting, so I thought I would give it a try. I never expected to be so charmed by the characters or the story!

Charlotte Withersby is an intelligent and endearing character who tries to fit into others' notions of the way a lady ought to behave, when all she really wants to do is continue her work in botanical research. With very little training in, or understanding of, the customs and etiquette expected, Charlotte's forays into society often result in amusing situations that had me laughing out loud more than once. Elizabeth Sastre does a brilliant job of bringing the characters to life and really conveying the personality and quirks of each one. She has done several books that I have listened to recently, and she is quickly becoming one of my favorite narrators.

Siri Mitchell has clearly done her research, and she includes a lot of information in the book. One of the issues that I have had in the past with her writing is that it can get so bogged down in detail that it detracts from the story ("A Constant Heart" comes to mind). Here, though, Mitchell shares the results of her research in a way that engages and entertains all while adding to the plot.

Although I would consider the story to be clean and inspirational, it was not terribly religious. I realize people have different views on that (I personally prefer a bit more of a spiritual message, but I know others don't). God is mentioned and there are a few religious conversations, mainly because one of the characters is a rector, but I definitely never felt like I was being preached at. Ultimately, the main takeaway is that you should be true to yourself because, to borrow the wisdom of one Dr. Seuss, "Those who mind don't matter and those who matter don't mind."

This is the first book I've "read" from this author and just loved it. Can't wait to order another book by her as soon as I finish this review. Loved the personalities of all her characters, especially the quirky scientist type. So refreshing to find authors that can write great and keep the novels squeaky clean :)

One of my Favorites

This story is fresh and delightful. I have read/listened to it several times and always feel uplifted by it, with great appreciation and acceptance of the foibles in myself and those around me.

I would highly recommend this audio version over reading the book because Elizabeth Sastre does such a wonderful job with narrating. Her characterizations of the various individuals highlights their unique personalities and adds to the humor in the story.

Siri Mitchell does a fabulous job of creating such fun and delightful characters, while weaving in affirming messages. Be sure to listen to the author’s note at the end.

(This is a clean/proper romance. It does include some references to Christianity but with such positive insights that I don’t think they would be offensive to those that aren’t Christian.)

Not her best work.

I have loved other Siri Mitchell books, but this one was just ok. It was enjoyable but a bit predictable. A large amount of the book talks about botany. If you are a fan of botany, you may find this tale more interesting.