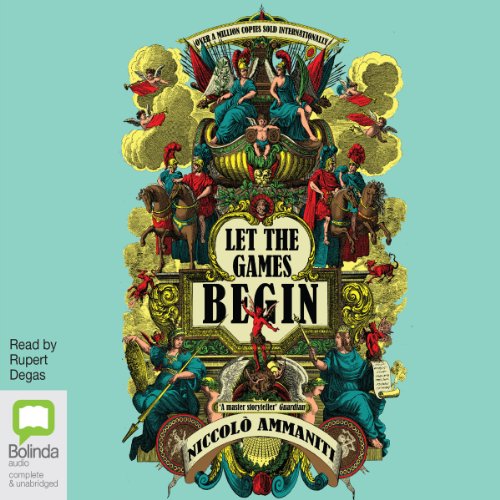 It's the night of the most decadent party of the century. A rags-to-riches real estate magnate has planned an over-the-top weekend safari for the who’s-who of celebrities at his sprawling residence in Villa Ada - once a public park, now the largest private home in Rome. Starlets, politicians, soccer stars, and intellectuals all turn up to rub elbows. Among them is a neurotically charming author struggling to write his next literary tome and pining for renewed recognition.

In an unexpected turn of events, he crosses paths with The Wilde Beasts of Abaddon, a satanic sect planning to ruin the evening’s festivities in order to go down in history as a world-famous cult. What was intended as the most spectacular fête of the year quickly descends into apocalyptic chaos. In this satirical tragicomedy, Niccolò Ammaniti, winner of the prestigious Strega Prize, reveals a side of modern culture riddled with superficiality and vulgarity that nourishes our deepest dreams and insecurities.

"Sometimes warmhearted, sometimes shockingly offensive, and much of the rest of the time very funny, Ammaniti’s new novel is like a rich, delicious stew.... This book pulls off a rare feat: an action-packed but well-paced satire populated with characters rather than caricatures." ( Publishers Weekly)
"Niccolo Ammaniti has constructed a novel you will not easily forget, rescuing the genius of Federico Fellini to mix chaos, social criticism and chronic human frailties... A fast-paced, fevered comedy... Ammaniti is the most gifted writer of his generation." ( El Mondo)
"Brilliant, smooth, neurotic, and at times scathing." ( Le Monde)
"A bittersweet book where you laugh knowing that there really isn't anything to laugh about." ( La Repubblica)

Such a waste. Worthless presentation. Could not bear to bring myself through the entire book.

Initially, I loved the craziness, the astute satirical writing, but after about 60 chapters it started to grate on me, and frankly I finished the book mostly with pleasure thanks to the amazing narration by Rupert Degas. What a performance!!