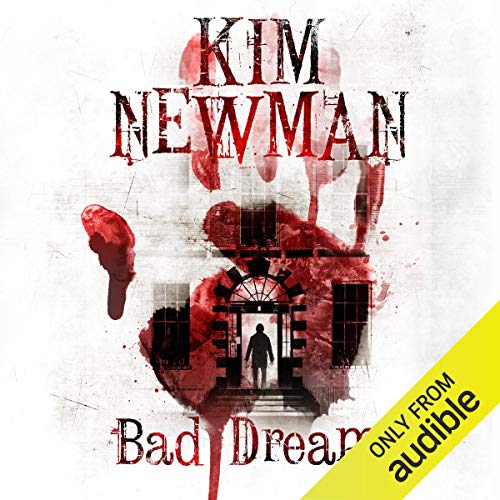 By: Kim Newman
Narrated by: Kris Dyer,Joan Walker
Try for £0.00

Anne Nielson, an American journalist, comes to London to investigate the strange death of her sister. Soon, she becomes sucked into a netherworld of corruption and perversion and is hurtled toward a final confrontation where she has only the dead as allies.

Kim Newman is a well-known and respected author and movie critic. He writes regularly for Empire Magazine and contributes to The Guardian, The Times, Time Out and others. He makes frequent appearances on radio and TV. He has won the Bram Stoker, International Horror Guild, British Fantasy and British Science Fiction Awards and been nominated for the Hugo and World Fantasy Awards.

What listeners say about Bad Dreams

Certainly not everyone’s cup of tea but these violent and in many ways disturbing stories are excellently constructed.

Bad Dreams brings forth a new world which, it feels, draws you to it much like the many victims of the story.

Bloody Students for all its fantastical outrage doesn’t feel like a vast stretch from our own world. You could almost paint this canvas onto any biomedical research university. That I guess is the power of the writing.

So here's the thing: I really didn't enjoy "Bad Dreams" very much, but by that I mean the story "Bad Dreams". It was messy and not at all up to Newman's usual standard. I can't tell for sure though, because it may also have been the narrator, who I could not stand; his voice was soft and squishy, and I have a suspicion the book might've been much better with another narrator.
But! In a complete surprise, this book is actually comprised of two stories, and the second one, "Bloody Students" was MUCH better, I'd go so far as to say classic Newman, in that it's a great mash-up of the zombie virus-type genre, The Blob, the Thing, and Resident Evil, all set in a British Uni. The fact that the narrator, Joan Walker, was in this case absolutely fantastic didn't hurt either. So... A one or two-star story coupled with a four or five-star story... Like I said, tricky. I'd say it's worth a credit just for "Bloody Students" in the end, but I can't give the whole package more than three stars.