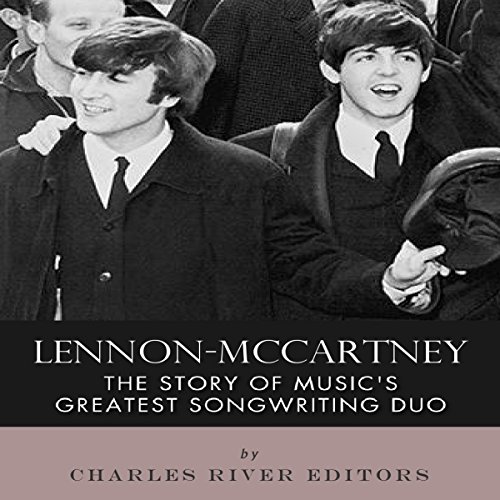 Beatlemania had struck North America, creating a musical and pop culture phenomenon unlike anything the world had ever seen. At the center of it all was John Lennon and Paul McCartney, the principal songwriting duo who were instrumental in creating the soundtrack of the 1960s, while producing some of the world's most timeless classics. Together with George Harrison and Ringo Starr, Lennon and McCartney propelled The Beatles to unprecedented heights, experimenting with their sound in ways that revolutionized rock and inspired bands across various musical genres.

Through it all, Lennon became one of the world's most interesting and outspoken men, a complex figure who survived a turbulent upbringing, addictions to drugs, and unstable relationships, only to be tragically killed just as he was settling into a serene, comfortable life. His loss is as widely felt today as it was in December 1980, as people remain in awe of his music and continue to grapple with the contradictory nature of his life and work, which at any given moment could oscillate from his notoriously acerbic wit to the endless optimism of Imagine.

McCartney lacked the controversy of Lennon, the spirituality of Harrison, and the silliness of Starr, but he was unquestionably one of the driving forces behind the Beatles' most productive recording periods, especially on the Beatles' seminal Revolver album. It was also McCartney who tried hardest to keep the Beatles together from 1968-1970, even while his perfectionist attention to detail frequently drove his bandmates crazy. Ultimately, it was McCartney who was the first to publicly announce his departure from the Beatles.

What listeners say about Lennon-McCartney: The Story of Music's Greatest Songwriting Duo