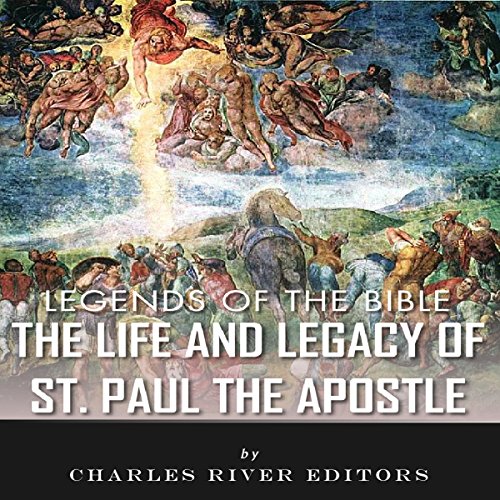 Legends of the Bible: The Life and Legacy of St. Paul the Apostle

"Paul's letters reveal a remarkable human being: dedicated, compassionate, emotional, sometimes harsh and angry, clever and quick-witted, supple in argumentation, and above all possessing a soaring, passionate commitment to God, Jesus Christ, and his own mission. Fortunately, after his death one of his followers collected some of the letters, edited them very slightly, and published them. They constitute one of history's most remarkable personal contributions to religious thought and practice." - E.P. Sanders

Aside from Jesus himself, one of the most important and best known individuals of the New Testament is Paul the Apostle, formerly Saul of Tarsus. A "Hebrew born of Hebrews", Paul's conversion to Christianity was unquestionably one of the seminal events in the history of the religion, because it would be Paul who spread Christianity across much of the Mediterranean. In the process, over half of the history recorded in the Acts of the Apostles covers the life of Paul, and over half of the letters of the New Testament were written by him. Many churches and cathedrals in the western world have been named after him, and on any given Sunday in any number of churches around the world, his writings and the events of his life form the basis of sermons, devotional literature, books, Bible studies, music, movies, and prayers.

What listeners say about Legends of the Bible: The Life and Legacy of St. Paul the Apostle