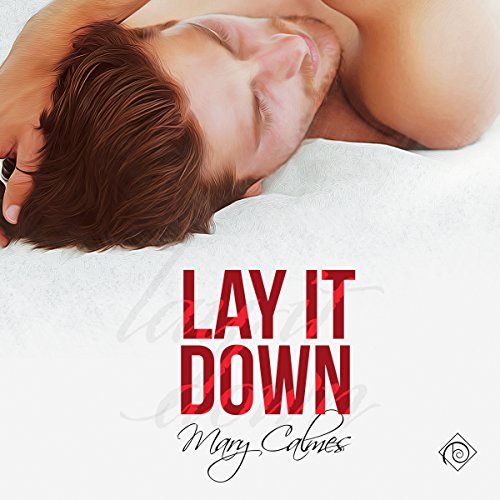 By: Mary Calmes
Narrated by: Alexander Collins
Try for £0.00

Paradise can be hell.

Most people would say being stranded in the villa of Spanish shipping magnate Miguel García Arquero on the beautiful isle of Ibiza wasn't such a bad deal. But Hudson Barber isn't one of them. To him, being stuck without a passport in a foreign country far from home is a nightmare, made worse by the fact that the person who did the stranding was his flighty twin brother.

Unwilling to turn Dalvon in for identity theft, Hudson is forced to wait, but meanwhile he discovers the chance to rehabilitate Miguel's failing local businesses - enterprises left to Dalvon's inexperienced care. The flagging ventures are a badly wrapped gift from heaven, and if Hudson can turn them around, he might be able to leverage the experience to finish his MBA.

Then Miguel returns to Ibiza, and instead of finding a boy toy, he discovers Hudson has turned his cold villa into a warm, welcoming home. Miguel's path is clear: convince Hudson to lay down his defenses and let love in.

What listeners say about Lay It Down

I've listened to some by this author before, and it's been hit and miss. Some have been excellent, others very cringey. Given how short this one was, I wasn't expecting much from the story but the premise intrigued me so I went for it.

The lack of depth to the story and generally insipid characters might have been palatable if not read in a robotic monotone. Had this been 7 hours I'd have tapped out at chapter 1. As it was I thought I could suffer through 4 hours.

Which I did, and it definitely wasn't worth the trouble.

Hilariously this is the first time that I've bought an audible book without listening to the sample and that is a lesson hard learned.

Well written story - Narration - not so much

Would you try another book from Mary Calmes and/or Alexander Collins?

Yes on both counts. Mary Calmes is one of the best writers in the genre. Alexander Collins is hit or miss for me. So I will always give his audiobooks a go because I have liked his narrations in the past. This one, sadly, fell flat for me on the Audiobook side.

What was one of the most memorable moments of Lay It Down?

When Hudson finally admits to himself that going home may no longer be an option.

Would you be willing to try another one of Alexander Collins’s performances?

Did Lay It Down inspire you to do anything?

I just finished this one, it is SO good! But of course, it's Mary Calmes, but it's a little bit different for her. It's a dialogue driven story with several key secondary characters. It's an ethnic breath of fresh air with a lot of passion and soul searching. I loved it!! Highly recommended.

While I loved this short, sexy story, I didn't care as much for the narration. Alexander Collins is hit or miss with his narration, sadly, this one was a miss. His voice was very monotone and mechanical and it took away from the passion within the story arc for these two characters.

the narrator was almost unbearable

I struggled to finish this audiobook. Since, I look Mary Calmes work, it is a shame. I only listened to the end because I took the advice of another reviewer and turned the speed up to 1.40x.

Simply put, his voice sounded...weird. He had this strange way of holding on to the ending of the sentence that was distracting.

I really hope she doesn't use narrator again.

Over the top, odd circumstances, insta-love, family drama, and a HEA. In other words, it’s classic Mary Calmes!!!
Sexy setting of Spain, asshole twin brothers, drop dead gorgeous billionaires, and fun secondary characters means LOTS of fun to be found. Pay close attention to the blurb in this one. Calmes drops you right smack in the middle of this scenario. I like this about Calmes because it's all showing and no telling of the backstory. It causes whiplash in some readers, but I'm totally fine with this because I speak fluent Calmes.
The narrator was tolerable !

Hudson and Dal are twins. Dal has always been the “pretty” one and Hudson the more practical and down to earth. When Dal finally finds a “steady guy” Hudson couldn’t be happier. All he has ever wanted is for Dal to find some security so Hudson could relax on his protectiveness.

Hudson is out at the Villa with Dal – thinking all’s well, when he wakes up “hung over” one morning to find that Dal has left with his ID and essentially stranded him there in Ibiza while Dal goes back to the states to take up with Hudson’s ex-boyfriend!

Instead of crying over spilled milk, Hudson takes the opportunity to use his education and he makes himself an “internship” of fixing up Miguel’s companies here on the island.

When Miguel returns, he’s expecting to find pretty but vacant Dal – instead he finds Hudson, capable and in charge and oh so attractive.

Mary has this way of making her guys deliciously clueless about how awesome they are. Hudson is so smart and great and he doesn’t know it! I loved that Miguel immediately clues in to the situation and there’s no “big misunderstanding” about it – just straightforwardness.

The smexy times are hot – as usual! – and the peeling back the layers of Hudson is fun and clever. But…I wish we’d gotten to know Miguel a bit better – he seems totally dreamy and of course being a billionaire is exciting – but he’s not really in the story much and we don’t get a lot of time with them as a couple. I feel I know his mother better than him… and she’s awesome! I didn’t understand exactly what was going on with Miguel’s family but I loved that Miguel just went with all Hudson’s changes – no questions asked.

This is another highly recommended Mary Calmes story for her fans as well as anyone interested in sweet, hot, humor-filled romance – don’t forget we get a tropical setting to boot!


Welp. Alexander Collins is a great narrator but…. his Spanish accent is no bueno. He tries. He definitely gives everyone a unique voice, but he mispronounces things, and doesn’t do a convincing job of knowing the language. He gives the bad guys a unique British accent, but even that is a bit uneven. While I like his ability to “emote” and he adds in those extra touches (phone calls etcetera) he definitely had me cringing a bit with this one. So… for fans of the author, people who don’t know or care much about Spanish accents, or people who just love audiobooks – I recommend this! If the accent thing bugs you – this will for sure.

The writing was not up to the author's standards. It was disjointed and is not a stand-alone book. I got the feeling I had missed at least two prequels. The hero was 'way too unconfident for an orphan getting his MBA, the millionaire was a flat character, and the plot jumped around. Mr. Collins has the unwanted skill of being able to put a schwa at the end of most of his words, even-ah the Spanish-ah ones-ah

Can't say I would. I was extremely disappointed with the narration.

What other book might you compare Lay It Down to and why?

Lay It Down is classic Mary Calmes. It's a contemporary fairytale romance with real danger thrown in for extra drama. If you enjoy reading Mary Calmes, especially her more recent works, you'll absolutely like this book.

To be fair, Alexander is a great job with the voices. Any time a character was speaking, he did really well. My problem was with all the extra information in between the characters' discussion.Alexander has a way of dragging out the last syllable of a sentence a fraction of a second too long, at a slightly higher pitch, that gives the implies there should be more coming instead of just ending the statement. It's extremely subtle, but it gives the impression of over-the-top suspense, like there's an ellipse at the end of every sentence, instead of just stopping. It was incredibly distracting.

It was until I started listening to it.

I highly, highly recommend reading the ebook. Pass on this audiobook. It doesn't do the written story justice.

Mr Collins can do accents well, but his over long pauses and weird breathing are just too annoying to overlook. Read the book but skip the audio.

had to change the playing speed to 1.30 from 1. to make listening even possible

loved the story but the narration.....

Wish they had used a different narrator. I was hoping for Sean Crisden

Not the best of Mary's

Apart from the narrator who was not a good choice, the story in and of itself is just too much. Both MCs are perfect with the added addition of one of them being a billionaire and when they meet half way through the story everything goes, in the romance department, from 0 to 1000. Most annoying thing the million of Spanish pet names Miguel had for Hudson.... Really if I'm being honest I can't in good conscience recommend this book.