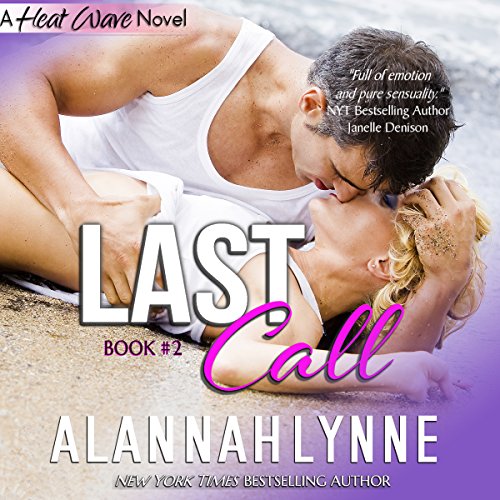 By: Alannah Lynne
Narrated by: Holly Adams
Try for £0.00

In Last Call, Gavin McLeod is a man who has it all. His corporate climb has positioned him as the next CEO at Holden Enterprises and he is financially stable, allowing him to provide for the grandfather who raised him. His private life is also on fire, as evidenced by the successful seduction of a sexy bartender who gets under his skin and makes him crave more than just sex. Life is perfect until the alluring woman in his arms turns out to be a serious road-block to his future, one that could bring everything he's worked for crashing down around him.

Sunny Black has spent her entire life tending to the needs of others: caring for her younger brother since she was 10, and serving bar patrons night after night. For the first time in years, she puts herself first, taking a trip on the wild side with a customer whose raw sexuality is too strong to deny. The next morning, however, she learns that in addition to rocking her world, the stranger might destroy everything and everyone she's worked so hard to protect.

A game of sexual seduction and corporate chess ensues, but when Gavin and Sunny are unable to negotiate a satisfying resolution, Gavin's boss steps in and puts both their lives at risk.

Would you consider the audio edition of Last Call to be better than the print version?

I have not read the print version, but I think I would prefer the audio book because of the skillful narration by Holly Adams. The story comes alive when she reads it, so I think I would find this more interesting.

Which character – as performed by Holly Adams – was your favorite?

I found Sunny very appealing--Holly really brought out the complexities of her character--her strengths, her weaknesses, her passion and determination. Holly's understanding of Sunny was clearly demonstrated in the ways she paced her delivery. She helped me relate to Sunny, sympathize with her situation and applaud the choices she made on her own behalf.

I was on a long distance trip when I turned this book on, so it kept us company on our entire journey.