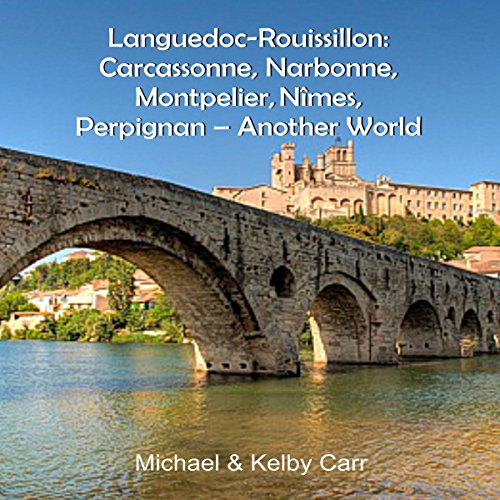 The Languedoc is a hidden jewel of Europe; the most discriminating tourists are delighted to discover it. The area has many of the same traits that endear people to neighboring Provence: a warm coastline, outdoor markets, picturesque hillside villages, gourmet dining, and vineyards dotting the landscape. Yet Provence is the one with the reputation that causes tourists to flock there. Provence's popularity is largely thanks to books such as A Year in Provence by Peter Mayle.

Make no mistake. The Languedoc-Roussillon is as enchanting, if not more so, as its trendier neighbor. Perhaps it's a crisp, dewy morning that inspires you to make a dawn stroll to a bakery. Maybe you catch a whiff of some intangible, indescribable smell reminiscent of a mountaintop in the Languedoc. It could even be a dream in which you were there, only to wake longing to return. The Languedoc has a certain immeasurable quality to it. Fond memories cling to you well after you return home.

The Languedoc can suit almost any traveler's tastes. It is not densely populated, and there are many rural outposts for anyone who desires a retreat from the bustle of the big city. Those who prefer to be in the thick of things, however, have the option of visiting the region's larger cities, such as Carcassonne, Montpellier, or Perpignan. There are beaches, mountains, valleys, and the Canal du Midi. There are medieval villages, ancient Roman ruins, Cathar strongholds, and stately cathedrals. Any visit must feature a sampling of the local cuisine, which is delectable.

The ancient village of Carcassonne has many features to be commended. The best feature is La Cite, the old fortified city that is entirely surrounded by ramparts. Inside, there are museums, cafes, and souvenir shops selling medieval tapestries and Cathar figurines. Montpellier, in the Herault, is the capital of the Languedoc. It is also home to a 13th-century medical school and museums devoted to medicine.