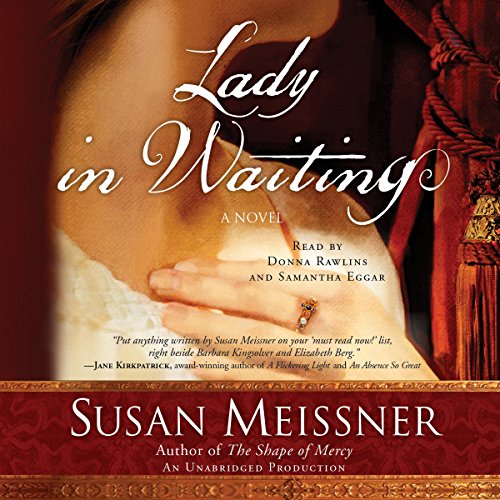 By: Susan Meissner
Narrated by: Samantha Eggar,Donna Rawlins
Try for £0.00

Content in her comfortable marriage of 22 years, Jane Lindsay never expected to watch her husband, Brad, pack his belongings and walk out the door of their Manhattan home. But when it happens, she feels powerless to stop him and the course of events that follow Brad’s departure.

Jane finds an old ring in a box of relics from a British jumble sale and discovers a Latin inscription in the band along with just one other word: Jane. Feeling instant connection to the mysterious ring bearing her namesake, Jane begins a journey to learn more about the ring—and perhaps about herself.

In the 16th-century, Lucy Day becomes the dressmaker to Lady Jane Grey, an innocent young woman whose fate seems to be controlled by a dangerous political and religious climate, one threatening to deny her true love and pursuit of her own interests.

As the stories of both Janes dovetail through the journey of one ring, it becomes clear that each woman has far more influence over their lives than they once imagined. It all comes down to the choices each makes despite the realities they face.

"Lady in Waiting is sheer beauty set in two time periods, both equally captivating stories. Meissner writes characters I care for, root for, and pine alongside - and she does so while weaving enticing, heart-wrenching plots. This book proves why I’m an ardent Susan Meissner fan.” (Mary DeMuth, author of Life in Defiance)

“Lady in Waiting by Susan Meissner: The pacing, perfection. Transitions between centuries, seamless. Capturing the nuances of relationship, flawless. Put anything written by Susan Meissner on your “must read now!” list, right beside Barbara Kingsolver and Elizabeth Berg. I couldn’t put this elegant novel of love and choice down. A completely satisfying read.” (Jane Kirkpatrick, award-winning author of A Flickering Light and An Absence So Great)

“A novel about decisions long regretted and decisions yet to be made, Lady in Waiting resonates with the great hope and exhilaration that come with the realization that there is always a choice.” (Siri Mitchell, author of She Walks in Beauty)

What listeners say about Lady in Waiting

I love historical fiction, especially English history and this tale appealed to my romantic side.

Loved the historical back story but the current time storyline left me wanting more. Did the main couple work everything out? It's an ok book.

Loved it. Except the last 3 or so minutes. I was a little disappointed. But I loved the book so much.

enjoyed the history lesson woven into the story. Great perspective on why we do things.

Really no-one else tried to unlock the box

A weak story with a bad plot, it just went on and on. Samantha Eggar's voice is too old for a young Lucy.

Super performance and story you can't put away. I'll listen to more from author and reader.

Loved the two Janes and the connection with the ring. I enjoyed learning more about England during the time of Jane Gray. References to religion and the Book of Common Prayer were meaningful to me.