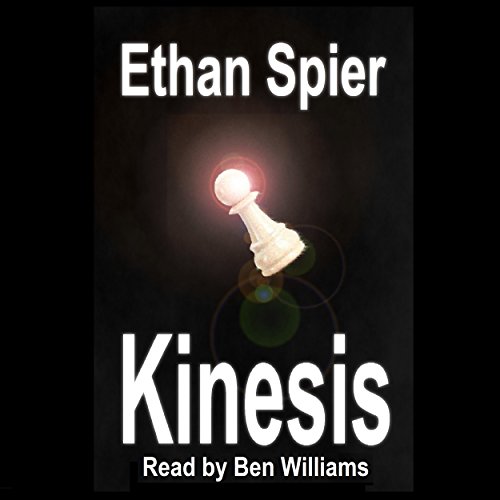 By: Ethan Spier
Narrated by: Ben Williams
Try for £0.00

When two men break into Leonard Samson's house, beat him unconscious, and murder his six-year-old son, the police arrive to a gruesome scene. But they are shocked to find the mutilated bodies of the two intruders in the front room of Leonard's home, while he waits in the kitchen with the surviving members of his family.

Clarissa Chapman is a DCI of Psychokinetic Investigations - a new area of police work - instigated after the first genuine case of psychokinesis was discovered, some 15 years earlier. The Samson case is brought to her attention due to the strange way in which the two intruders were killed. She suspects Leonard Samson is a Kinetic.

All Kinetics are blessed with a gift to move objects with only the power of their mind. But it is also a horrific curse. Within a few years of discovering their ability, they all develop violent insanity, and for this reason, are locked away in specially designed prisons for the benefit of public safety.

After discovering that the authorities suspect him of being a Kinetic, Leonard Samson runs; unaware that the police are not the only ones pursuing him.

As the days pass by, Clarissa becomes increasingly aware that certain aspects of the Samson case just do not add up.

Warning: The first two chapters of this book deal with a violent home invasion which some listeners may find upsetting.

What listeners say about Kinesis

If you could sum up Kinesis in three words, what would they be?

It's hard not to like Leonard. He's refreshingly clever in the way he approaches his struggle to unite his family, whilst still making enough mistakes to drive the story on.

Have you listened to any of Ben Williams’s other performances? How does this one compare?

I haven't listened to any of his other performances, but he does a commendable job.

It drags a bit in spots, but it's entertaining. If there is a sequel, I'll read it.