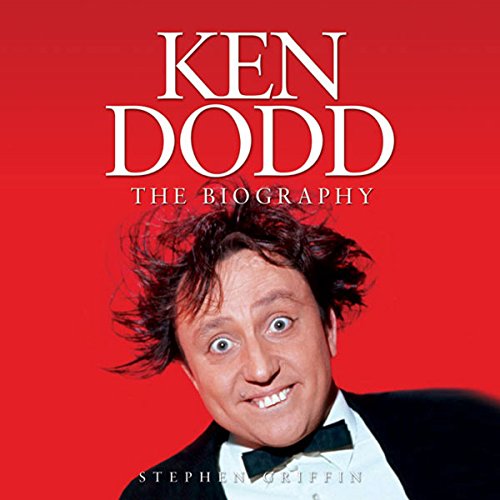 By: Stephen Griffin
Narrated by: Ray Lonnen
Try for £0.00

For half a century Ken Dodd has been sending audiences around Britain in to spasms of laughter and at the age of 80 he is still performing.

How did this feather duster salesman from Liverpool become one of the greatest comic geniuses of his generation? In this entertaining biography we follow his life from schooldays in Knotty Ash to the top of his profession with the odd excursion through the courts and Shakespeare!

What listeners say about Ken Dodd

A real delight, buy it..

In the absence of an autobiography this is a welcome book. It's a very enjoyable book. It's well written and narrated. Ken Dodd was a comic genius and a very intelligent man. I have seen him live 3 times, he is amazing. Much missed. Rip special man.

nice man doddy..apart from Thatcher supporter and Tory. Surprised and disappointed have you ever been tickled mrs T..