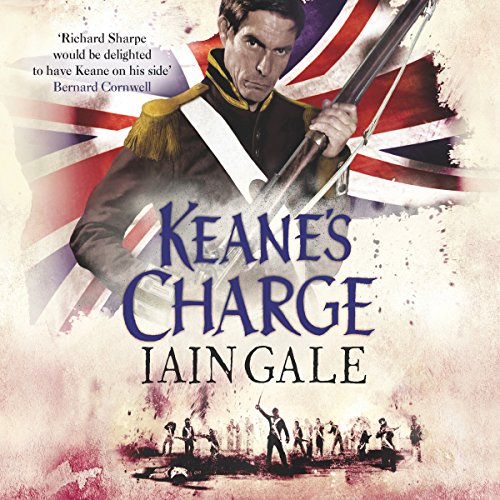 The intrepid band of warriors, led by Captain James Keane, have been given their toughest job yet by Wellington.

Both the British and French armies have retreated from the old university city of Coimbra, leaving it in ruins, the inhabitants destitute and the houses full of wounded from all sides. Infiltrating the streets are the Spanish guerrilla fighters who may support either side, the local Portuguese determined to avenge the horrors inflicted upon their city and the rival spies and intelligence agents determined to find the book of ciphers, hidden in the famous library of Coimbra, guarded by a dissident Jesuit group.

James Keane and his men are sent into the midst of this not only to prevent the book falling into enemy hands but also to discover which of the guerrilla groups are to be trusted and supported by the British. But does this mean following their own plans, mostly concentrated on finding Massena's gold, over Wellington's orders?

James Keane and his band of brothers are a great creation and the story of a city in a warzone with no frontiers has remarkable echoes of other times.

What listeners say about Keane's Charge

The third in a series, the first two were nice easy listening with reasonable story lines and were well performed - unfortunately the only consistent feature was the performance, the story lacked any "sparkle" and seemed to drag on regardless. There is another in the series but not for me I'm afraid.