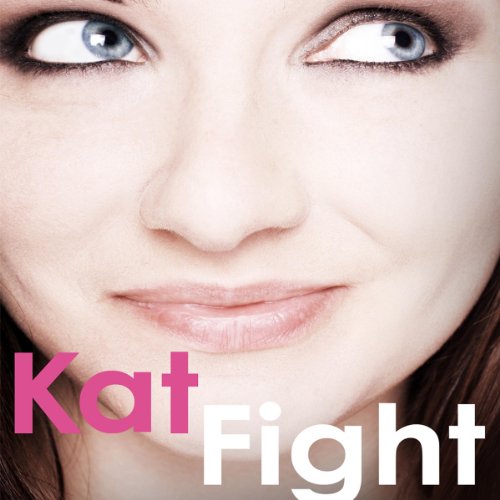 By: Dina Silver
Narrated by: Jane Cramer
Try for £0.00

Kat Porter is a consummate romantic, eager for her chance to find love and commitment. But after her boyfriend of four years, Marc, begins to grow apathetic and sends her calls straight to voicemail one too many times, Kat finally musters the courage to confront her so-called sweetheart, who seems more interested in dodging her than courting her. Though she's no fan of ultimatums, Kat is at the end of her considerable wits, and lobs a massive one his way, completely confident that he'll make the right decision when faced with losing her. He doesn't.

With radio silence from Marc, Kat's lifelong dream of finding a husband and forging a family is decidedly on the skids. That's when her childhood friend Julie steps in, forcing Kat on a blind date to help her move beyond the break-up. Not only does Kat botch the setup, she instead finds herself in hot pursuit of Julie's love interest, Ryan Sullivan. A man who, in addition to literally taking her breath away, is the living, breathing personification of everything Kat wants in a husband.

Can Kat connect with the man of her dreams without hurting two of the people she cares most about? At the same time, she must also contend with the quips of her beloved catty coworker Adam, her bi-polar boss Brooke, and a string of comic, unpredictable plot twists. All the while, Kat's cheeky perspective and generous heart will leave readers adoring every moment of her journey while chuckling and cheering for the ever cute, razor-sharp Kat as she fights to land the love of a lifetime.

What listeners say about Kat Fight

I think that you would have to be about 21 to appreciate this story which is all about the morals and mores of dating. I found it childish and boring and gave up about halfway through.

This was a fun little story that was just a joy to listen too. The quirkiness reminds me of Sophie Kinsella's style writing. NO detailed sex scenes, not even detailed hot and heavy kissing. Probably rated PG or PG 13. Cute and light valentines day listen! Enjoy!

Great read and each chapter leaving you anxious for the next! Finally, an unexpected surprise ending.

This one was a light-hearted, quick read that had that perfect balance of witt and angst. It made me laugh and reflect at the same time.

In her 20s, Kat's ready for that next step in the relationship path - to get engaged. But the man she was with since college doesn't have time for her and she's extremely attracted to the guy her best friend is dating. Dina Silver takes us through all the fun (ok, maybe not so fun) and entertaining things that happen next for Kat.

Silver definitely has a way with words that blends the elements of humor, drama and romance together. If you're looking for a cute, easy read, this one won't disappoint.

As always another enjoyable read & listen by Dina Silver. :-) I would recommend it.

Not my favorite Dina Silver

I adore Dina Silver. The Unimaginable is one of my favs. However Kat Fight was just so so for me. I did like Kat as a character and there were a few laugh out loud moments, I just didn't connect with the story and didn't feel like there was too much going on.

I didn't enjoy the performance either. It was a bit monotonous and fake.

I am a fairly new Dina Silver fan and she hasn't disappointed. I like her others better but this was an enjoyable listen.

audio skips but story is good

the story is entertaining but I am not happy with the audio quality. story - 3.5 stars

Really enjoyed the story, made you laugh and cry, but overall good story. Narrator did a good job.

First time I have ever listend to Dina Silver and I was pleased to find it easy to listen to. The book was just right in leaving some things to the imagination. I am excited about listening to the next book.

This was a promising book. Having read a couple of previous books by the author, I was excited to start this one. The blurb was interesting. The story is about Kat a single girl in her mid-twenties, falling in love with a man who's apparentlyThere's really not much to say about this book other than its a fantastic read, great story that blends romance, adventure and a touch of drama flawlessly. Beautiful setting, excellent writing, the author does an excellent job of taking you on a trip that you'll remember for a long time. Highly recommend! dating her best friend. We're off t o a good start, we meet Kat, and we learn that her boyfriend is kind d of a jerk to her, so she breaks up with him. Right at that moment, I thought the way she handled the situation, and the way she broke things off with said boyfriend was a little immature, but I overlooked it, thinking she must have been pretty frazzled. But the more a read, the more I disliked her. She is a really immature, self-centered, shallow girl. I kept reading because I have to admit, the way the story is written is funny, but not enough to make up for the lack of charm in the main character. Honestly I can't figure out what the two guys interested see in her.
The rest of the characters are aimed bag. I liked the H, Ryan. He seems to be the most mature and normal character in the book. Her best friends are just as shallow as she is. The second guy (or the original boyfriend), was a jerk at first, but by the middle of the book, I realized maybe it's not him, the problem is her. She is unable to decide which guy she wants so she's kind of stringing this guy along in case she decides she wants him later. I have no clue how this girl is supposed to have a job, because all she seems to do is play games in her computer and log in to Facebook. And when she's not doing that she's gossiping with her best friend Adam. (Who by the way is the most clinched character in the book).
I thought this whole story would be better suited for a high school setting, because honestly that's what it felt like, reading high school drama.
The narration was excellent by the way.