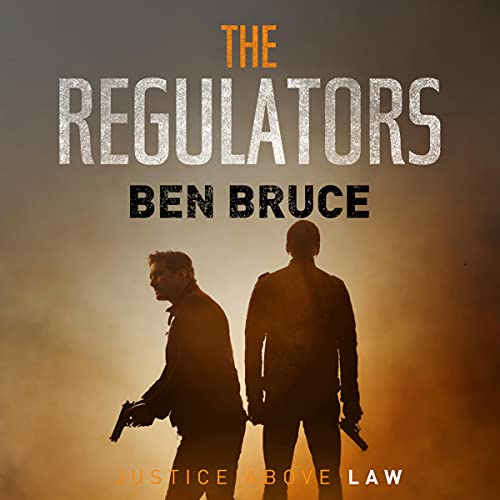 The thrills of 24, the swagger of Reacher and the smarts of Spooks.

There’s a mercenary on the streets of London, protected by a gangland boss and bankrolled by members of the government, all of whom are embroiled in a plot to subvert democracy that puts thousands of lives at risk.

This is the thrilling debut novel by Ben Bruce, an explosive, fast paced thriller that opens up the world of The Regulators Jack Quinn and Adam Morgan, as they work with tenacious NCA officer Thea Watts to stop the plot, before it’s too late.

What listeners say about Justice Above Law

I was looking forward to this book. A shadowy underground group collaborating with the UK’s newest Law Enforcement Agency. But it is clear the author has not properly research the remit and capabilities of the latter. And the narrator was terrible! Made me want to switch off almost immediately. Usually you can get used to the voice and diction through the course of a book, but not this time. I will be asking for a refund.