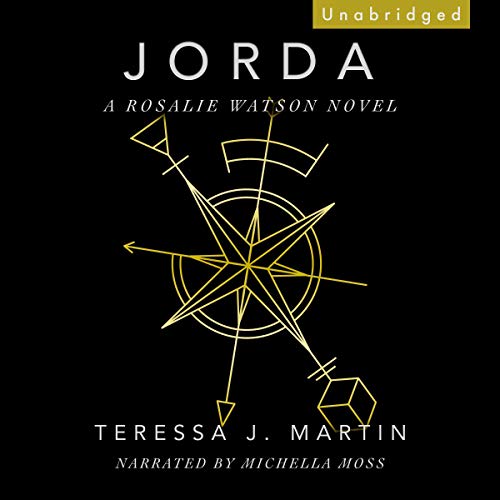 One year later, Silverstone is trying to forget what happened. Rosalie, however, simply can't. Especially not when she's attacked in her own home. Now, the threats are greater than ever, and Rosalie has no choice but to fight back. She'll have plenty of help, but will it be enough?

In this riveting follow-up to Teressa J. Martin's debut novel, follow Rosalie as she faces even greater threats and challenges. She'll meet new and exciting characters and be pushed to her limit. You won't want to miss it!

A great sequel to the story that seems to be growing bigger by the chapter. another great reading by the narrator!

Jorda punches you in the face right in chapter one, so you know where you stand. Nothing is sacred and everything Rosalie holds dear is on the line if she doesn't get to the bottom of what's going on, fast.

Set one year after the events of Livskraft, Jorda picks up with our heroine trying to piece her life back together after having been kidnapped, imprisoned, and experimented on. She quickly finds out, though, that the world isn't going to give her a chance to catch her breath. Tragedy strikes Rosie close to home, and it will take everything she's got to not only survive, but grow stronger from the experience. What she does with this newfound power will teach her that her decisions have consequences, and that those closest to her will be the ones who pay the price.

Teressa J. Martin outdoes herself here with her fantastic followup to Livskraft. The characters are deeper, the action is faster paced, and our protagonist finally learns what it means to finally take control of her world, her life. I am incredibly hard to please when it comes to novels, but Ms. Martin is easily one of my favorite authors after just a couple of books.

Michella Moss, once again, does a fantastic job of bringing Rosalie's world to life. The passion, pain, and drama of the story, already compelling, will move you to tears with Ms. Moss's narration. Her voice truly does the characters justice, and frankly, I couldn't think of a better person to narrate these books.

Jorda is a amazing sequel to Livskraft and I can't wait for the third book!