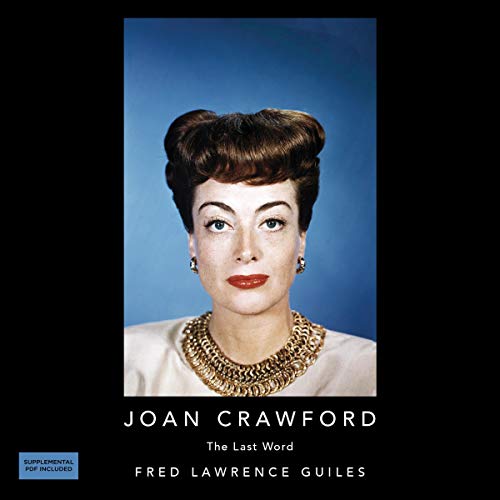 For most of her adult life, Joan Crawford was a star who dedicated herself entirely to her career. But since her death, her luster has been tarnished. Here, at last, is a biography that sets the record straight.

In her heyday, Joan Crawford was probably the most imitated woman in the world. Magazine covers featured her face, and high school and college girls copied her makeup and clothing. Born Lucille Fay LeSueur in Kansas City, she spent her childhood on the edge of poverty. But an iron will developed in adolescence drove her to New York City and eventual work in a chorus line. Spotted by a Hollywood talent scout, she was soon on her way to the film capital.

Four times married (to actors Douglas Fairbanks Jr., Franchot Tone, and Philip Terry and Pepsi Cola executive Alfred Steele) and driven by powerful sexuality, Joan Crawford lived her life on the razor’s edge. Yet she was a woman of great generosity who cared deeply for her four adopted children, although her ideas about discipline were colored by her own harsh upbringing.

Her professional career spanned more than 40 years and included such classics as Grand Hotel, Mildred Pierce, and Whatever Happened to Baby Jane? Her remarkable progression from silent films to talkies to television exemplified her ability to adapt, chameleon-like, to the ever-changing demands of the industry that in many senses invented her.

A supplemental PDF is included with this audiobook.

What listeners say about Joan Crawford: The Last Word

Happy this 1993 book was re-released as a audiobook

Clarified several situations about Joan’s life and career i had’t heard before. Book moved along as a easy listen holding my full attention. Narrator voice excellent

Seems to me this could have been a little more interesting given the subject. It is a well put together production/read.