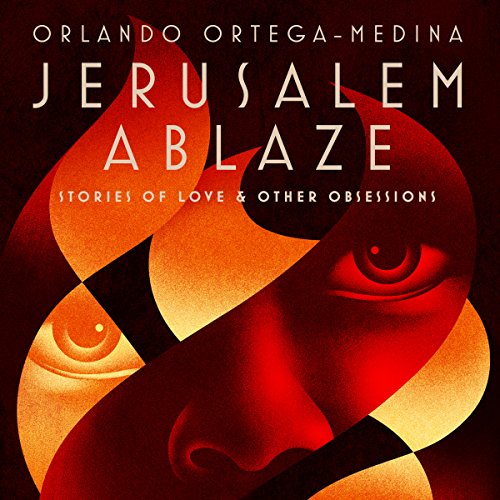 In Jerusalem's Old City a young priest and a dominatrix converse in the dying light; on Oregon's windswept coast a fragile woman discovers a body washed up on the beach after a storm; and in postwar Japan a young protege watches his master's corpse burn, with bitter thoughts blazing in his mind. Jerusalem Ablaze: Stories of Love and Other Obsessions collects 13 eclectic works of dark fiction, taking the reader from Los Angeles to the eastern townships of Quebec, and from Tokyo to Jerusalem. Ortega-Medina's characters are flawed, broken individuals, trying their best to make sense of their lives as they struggle with sexuality, death, obsession, and religion. Sometimes bleak, occasionally violent, and often possessed of a dark humour, this major debut explores the imperfections of life and the unpredictability of death.

What listeners say about Jerusalem Ablaze