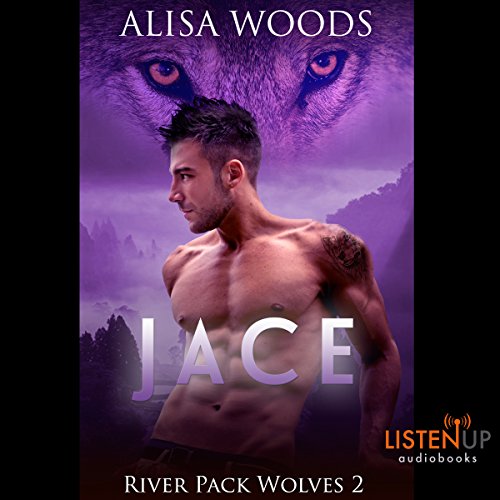 By: Alisa Woods
Narrated by: J.F. Harding,Laura Hopatcong
Try for £0.00

His wolf is out of control. She's a wild thing that won't be tamed.

Ex-Army Specialist Jace River has a lock on his bedroom door, but it's not to keep anyone out; it's to keep his nightmares from breaking loose. His wolf is an out-of-control killer, which means he can never risk shifting, never truly be part of his pack, and definitely never take a mate.

Piper Wilding works for the Army as a civilian, traveling the world for her work in counterintelligence and fighting the bad guys while bedding down the good ones. The best part? It keeps her far from her asshole father in Seattle, the rest of the Wilding pack, and the pressure to take a mate. Settling down isn't her thing, and after what happened to her mother, Piper vowed she would never be tied down by magic or men again.

While Jace's wolf keeps him Sleepless in Seattle, Piper returns home to find her missing kid brother. When she breaks into the River brothers' safehouse, sparks fly and claws come out. Her sexy skills threaten to bring out Jace's wolf, and Jace's good-guy hotness reminds Piper how tempting shifter men can be. They're like fire and gasoline, and as they race to find Piper's brother, the heat threatens to burn down all their carefully constructed walls. But falling in love has never been so dangerous - and being together means taking risks that neither might survive.

Recommended: Listen to Jaxson (River Pack Wolves, Book 1) first! Jace is a complete novel with HEA, the second in the River Pack Wolves trilogy (all standalone stories, but best enjoyed if you listen to them in order!).

Contains scorching hot shifters, alpha military heroes, and sexy spy girls. Only listeners over 18 should dive into the deliciously hot world of the River brothers.

What listeners say about Jace

What made the experience of listening to Jace the most enjoyable?

I loved hearing the story from both points of view

Which character – as performed by J.F. Harding and Laura Hopatcong – was your favourite?

I have to admit I shed a tear or two when Jace learned the truth about his past.

I absolutely loved this story. It is the second book about the River Pack Wolves and having enjoyed Jaxson I just had to listen to this one too. Well hard as I thought it would be to surpass Jaxson's and Olivia's story, this one did just that for me. Both books are complete stand alone stories so you don't have to listen to both but I would recommend that you do.

Jaxson is a tortured soul and thinks he can never take a mate, he is afraid to ever let his wolf out, no way for a shifter to live. Piper is a very strong woman/wolf who is trying to find her missing brother. Together they help each other to heal and go forward to a HEA. I loved it!

I will have to listen to Jared now.

Better than the 1st book.

Great story of Jace and Piper. Jace is a tortured shifter traumatized by a war that betrayed everything he believes in. Piper is the daughter her father calls bastard! How will they be able to overcome their fears and insecuries to join power and conquer their enemies?

Loved this story of Jace and Piper. Lots of romance and action, secrets and betrayal.....everything you need for a great story.

Overall, this was very much like the first book, both good and bad. It was fast paced and the writing style is quite good, while the romance is love at first sight (so if you like that, go for it). Both these characters have serious, well defined and understandable issues, which I liked a lot; it’s just that they were resolved too quickly and easily for my liking(given how deep seated they were). That was to be expected with a book of this length, though.

The narration was good; the lady was a bit too breathless at times (sometimes even when reading the chapter number), but nothing major. I enjoyed it.

And OK listen. But a kind of disturbing end.

Mostly an entertaining book, not as good as the first one. The narrators do a good job for the most part, but when the voices she gives the leads from the last book is really bad, and ruined a bit of the listening experience.


I know this is a werewolf book. But beastiallity? really!? human on wolf action, ugh... that's just gross in my opinion.

i really loved this one as well as the first. going straight to start the third one now!

Really enjoyable story.
Jace is loving and caring and so far my favorite.

Unfortunately the female narrator did and awful male narration.

the story is great. the male narrator is good. the female makes all the characters sound like concussed morons.

Good series -- this book's female narrator isn't quite up to the male narrator's level and needs to work on her male voices. I cringed when she had to read the male voices. Other than that, good story line, good action, and, of course, an HEA. Nice, easy listen with a little angst to keep it interesting.

the narrator voices were so annoying and sappy that I couldn't stand it anymore. Sorry

Loved it! The ending is PERFECT. I don't even know if book 3 is necessary but I am very curious to know what happens next

The story is good and would have been much better if the 2 narrators had gotten together and decided what accent each character would have. The female narrator sounded like she was part snake or Erkle, or a sleepy heavy smoker when portraying male characters. I'm not joking. It detracted from the story and made it uncomfortable to get through some parts.