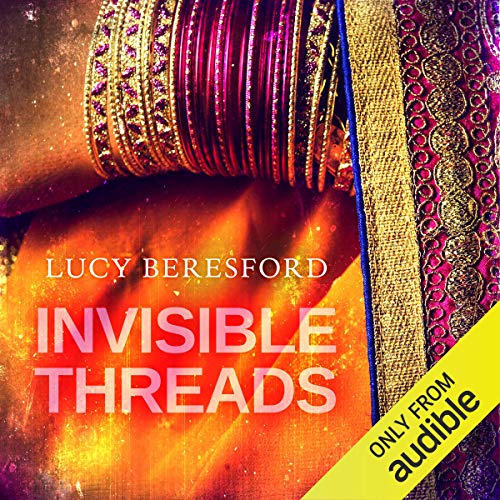 By: Lucy Beresford
Narrated by: Tania Rodrigues
Try for £0.00

Sara, a therapist, always thought her husband, Mike, died in Afghanistan - but when she learns he was actually killed in India, her desire to uncover the truth leads her to a clinic in New Delhi. Once in India Sara is dazzled by the country's culture and its people. At the clinic she grows close to both her patient Pritti and a bewitching, low-caste driver named Hemant. Yet Sara finds herself increasingly appalled at the treatment of women; in this country of old traditions and new opportunities, so much remains shocking or forbidden, like the practice of Devadasi - prostitutes who work at temples. As Sara inches towards the truth about Mike's death and their marriage and becomes entangled in the dark side of Delhi, she is thrust into the terrifying reality of an India few Westerners ever see.

What listeners say about Invisible Threads