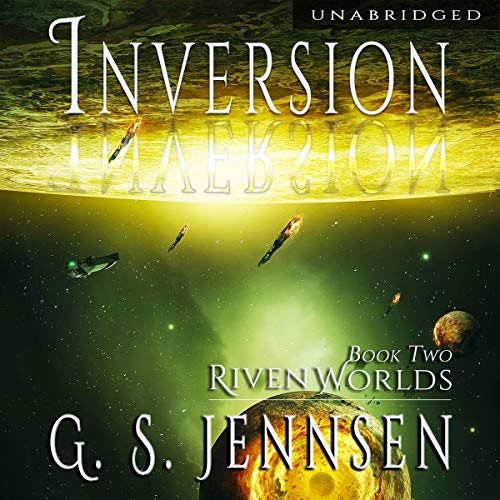 Nothing has prepared humanity for an enemy on the scale of the Rasu. Now, after a devastating defeat no one saw coming, the dream of victory has become a battle for survival.

Concord, with its vaunted indestructible warships and dimension-bending weapons, has been knocked back on its heels. A stunning loss in the Battle of Namino has left its best and brightest leaders scattered, trapped, or thought lost. The Rasu press their advantage, laying siege to Namino and cutting it off from the rest of civilization.

For Miriam Solovy, a coup attempt by Anaden rebels and a flaring conflict with the militaristic Savrakaths are the least of her concerns. After blowing up the Concord flagship to prevent its capture by the Rasu, she is awakened in a new body and expected to don the mantle of leadership once again. But how can she lead Concord in the fight against the Rasu when humanity doesn’t trust regenesis and she no longer trusts herself?

For Caleb Marano, nothing matters more than family. When his niece is trapped behind enemy lines, he turns his back on the peaceful sentient planet he shares a consciousness with in order to rescue her. If he hopes to succeed, he must become the killer he once was, even if it costs him everything.

For Alex Solovy and Nika Kirumase, however, the crucible of two deadly intergalactic conflicts has taught them that survival is not enough. Together they will cross every line and break every rule to accomplish the impossible, end the siege of Namino and take the fight directly to the enemy.

In Amaranthe, where exotic alien life, AIs, wormholes, indestructible starships, and the promise of immortality rule the day, no feat seems out of reach for humanity. But when the worlds of Aurora Rhapsody and Asterion Noir collide and the Rasu horde descends upon them both, more will be asked of heroes past and future. More will be given and more taken, and when the dust settles, the very fabric of Amaranthe will be changed forever.

What listeners say about Inversion

not riveting but ecxited to listen to next

i had difficulty immersing myself and visualization is taking more effort with every new book. I hope the next book has more immersive energy. i love all her books!