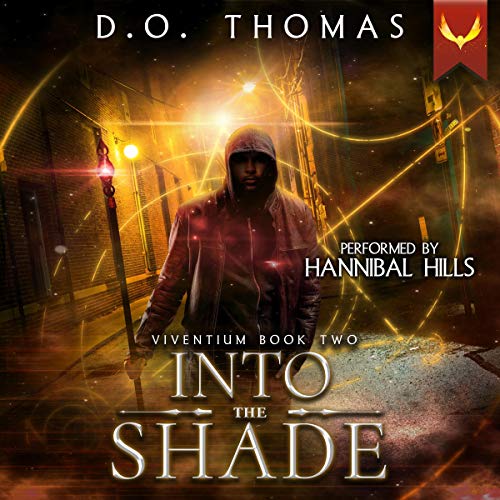 Jaydon forms a new class of wizards in an attempt to survive just a little longer. The five wizards struggle to take things seriously and soon find themselves overwhelmed by expectations, while Ashel, the Vampire King, is blinded by love, ignoring the threat against his Kingdom.

Elsewhere, a new wolfpack is formed by Cidney. His wolves stand by him and find that it will take everything they've learned to guide their new Alpha to greatness.

Noir has his hands full with his secret plans and finds that his memory isn’t what it used to be, spelling disaster for his goals. Silence follows the commands sent to him, with no understanding of his purpose in his new life.

The plot thickens in this thrilling sequel to Born of the Shade. The Viventium Series is urban fantasy done right, and you won't want to miss this.

What listeners say about Into the Shade

Really enjoyed the first and know the second audiobook interesting and in-depth characters in a fantasy vibe, with a twist set in modern time creating interesting interactions between the mundane and supernatural with the two worlds Existing in Parallel. I find my self invested in the Characters story arcs and can’t wait for the next book.

The first book ended with them having a little to do. This one opens with more action. I like the way the author handles the characters and their powers. Okay, I don't actually agree with how he handles them, but I like it. I would have done it differently, and that is why I read instead of write. This compares favorably with the Colin McCool series and I liked it better than the other Celtic druid thing that someone wrote.