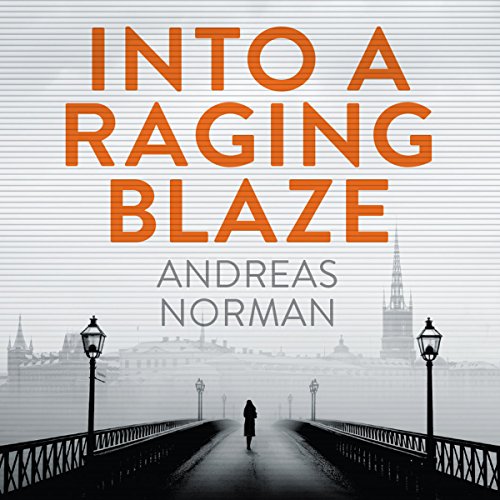 Into a Raging Blaze

Into a Raging Blaze

The spy novel that anticipated the Snowden revelations.

Carina Dymek is on a fast track for promotion at the Swedish Ministry of Foreign Affairs, when she is approached by a stranger and given a USB stick containing a report to circulate in her department.

Unwittingly, she delivers a time bomb of classified information that sends her career up in flames and puts her on the radar of the security service, Säpo. Tasked with investigating how Dymek gained access to the confidential report, the formidable Bente Jensen of Säpo is quietly approached by the British MI6, who have an undisclosed interest in the leak. She finds out that Dymek's boyfriend is an Egyptian Swedish national. But it's MI6 who link his family to an extreme faction within the Muslim Brotherhood in Cairo. The case explodes into an international manhunt. Liaising with the ruthless MI6, Bente uncovers the secretive plans contained in that leaked report: plans for an omnipotent Europe-wide Intelligence Service. Forces hone in on Dymek, while Bente begins to suspect she is a red herring caught in a far wider net: one in which social media is abused for intelligence and civil rights are sacrificed to national security.

What made the experience of listening to Into a Raging Blaze the most enjoyable?

Would you be willing to try another one of Maggie Mash’s performances?

I have been listening to Audible Books for many years but this is the worst narration I have ever heard. When the narrator is reading male parts in particular she descends into a machine - like diction which in my view makes the book unlistenable.