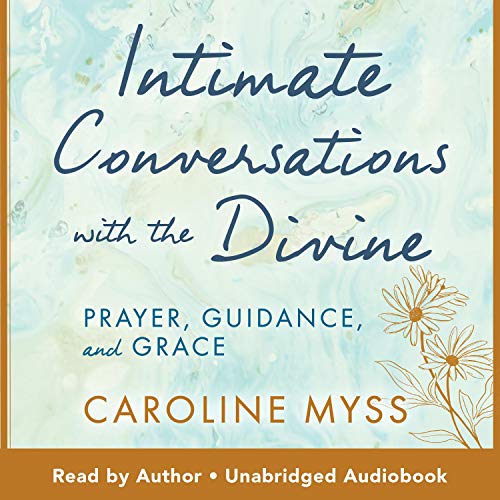 Intimate Conversations with the Divine

From the New York Times best-selling author of Sacred Contracts and Anatomy of the Spirit, a timely guide with 100 prayers for entering into a personal relationship with the Divine.

In her most personal book to date, beloved teacher and best-selling author Caroline Myss draws on her own practice to help us regain our fluency in the language of prayer and renew our connection to the sacred.

Intimate Conversations with the Divine offers 100 of Myss' personal prayers as a resource and inspiration to start a prayer practice of your own. Each prayer illustrates a different type of grace that feeds the human soul, from awakening, endurance, and healing, to silence, surrender, and trust.

"We are one holy system of life and great cosmic truth, which is that all life - including all of us - breathes together," Myss writes. "I hope this book, these prayers, will bring you comfort and grace, and help you through the difficult times ahead. And I hope they will inspire you to believe that with God, all things are possible."

This audio product contains a PDF with supporting material, and the PDF is available to download.

What listeners say about Intimate Conversations with the Divine

Love the many prayers, especially when narrated by the author. I wish the PDF could be directly linked with the particular chapter of the audiobook.

soothing, much needed messages from a gift from God. thank you, Carolyn Myss! I'm going to listen again, right now.