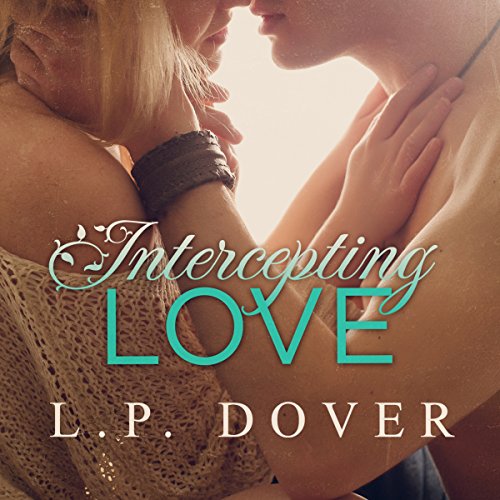 A steamy, romantic suspense novel by USA Today best-selling author L.P. Dover. A Second Chances standalone. If you love strong and sexy football players that'll make your panties drop and wildly hot motocross racers, then this audiobook is definitely for you!

Both have what she wants... but only one has what she needs.

Working with professional athletes and helping them recover from their injuries has always been Kate Townsend's dream, but after an accident left her scarred and heartbroken years ago, she refuses to let what happened in her past happen again. Staying focused is the key, as well as not letting her feelings interfere with her job... no matter the circumstances. All of that is easier said than done when not only one, but two men crave her healing touch, igniting every single desire she's denied herself for so long.

Cooper Davis, NFL's star quarterback and most eligible bachelor, packs up and leaves his home to move across the states to the East Coast after an injury results in the embarrassing trade to another team. Bitter from the pain, he deals with his problems through drugs and alcohol - almost ruining his football career - until he meets the one woman who makes him want to feel; the same woman who refuses to give up on him no matter how many times he screws up. He has to have her, and he's not going to stop until he makes her his. Especially, now that someone else threatens to take her away.

Motocross champion and local bad boy Luke Collins never takes no for an answer. For the past four months, he's used his charms to get what he wants, and now he's so close to getting the girl of his dreams... if she'll give in just once. One time is all he needs, and he's never been known to fail, but he's also never had to fight for a woman's affections. Only one man will win their way into Kate's heart, but which one will intercept the other and take what they want? Which one will she choose?

If you care about well written books then skip this one. Another cheesy immaturely written book the only thing it seems she did was drag out her thesaurus.

Callie Dalton does not narrate poorlywritten books well more like a bad middle school performance. I couldn’t finish. Want to hear Callie at her best ck out Mariana zapata stories forget this one

The female lead is a strong lead, but a harpy

why do writers make females Uber defensive to the point of wince-worthy. Many women are smart, strong, successful and do not need to rip people's body parts off. also, stop WRITING "GASP" and "Smircked" as verbs. Thesaurus people.

WoW.I couldn't put my kindle down until.the last sentence! I laughed until my stomach hurt lol. Then my heart broke with Kate when she found out why Scott.committed suicide . I cried until my eyes hurt to know just how much he actually loved Kate ! When Cooper held Kate as she cried then you knew how much he loves her too ! WoW this book made you really believe in second chances at love ! Anyone who wants to read or listen to an awesome book then this is one that should not be passed by.