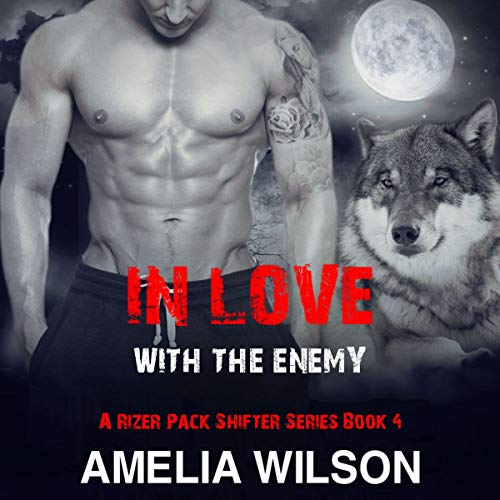 In Love with the Enemy

In Love with the Enemy

How do you land on your feet, when you realize everything you thought you knew is wrong?

This is a standalone of about 180 pages with a Happily Ever After ending and No cliffhanger. This book also contains several additional bonus stories to enjoy!

Nora Prush is an agent of the Human Rights Faction or HRA. After shifters revealed their existence to the world war broke out between humans and shifters. Los Angeles, once a great city is nothing but rubble and evidence of what life used to be like. Nora’s family died there at the hands of shifters. She’s excited to be infiltrating a human town known to have struck an alliance with the Rizer Pack shifters.

The plan is simple. Nora will learn the weaknesses of the pack, and if possible gain their trust. This information in the hands of the HRA will be the same as handing killing the shifters herself. Nora arrives confident that she will have no trouble accomplishing her task. At least that was what she thought.

Ian of the Rizer wolf pack changes simple to complicated in an awful hurry. To get what she needs she’ll have to draw close to him but the closer she gets the further away her goal of revenge slides. In a world of pain and war, Nora never expected to find love.

To get revenge, achieve what she believed was her only chance at justice Nora will need to turn over what she’s learned of the Rizer Pack. She’ll have to tell them how to kill the man who is also a shifter and the only person she’s ever loved.

Nora must decide for herself the answer to what has become her most important life choice. It’s a choice that will decide the rest of her life and be one she’ll have to live with. Is love stronger than revenge?

WARNING: THIS BOOK CONTAINS GRAPHIC SCENES OF A SEXUAL NATURE AND IS NOT INTENDED FOR READERS UNDER 18.

I enjoyed this book with it's twist on human/shifter world. Kind of a love /hate scenario goin on. But! Can love win out? Read it and find out!!