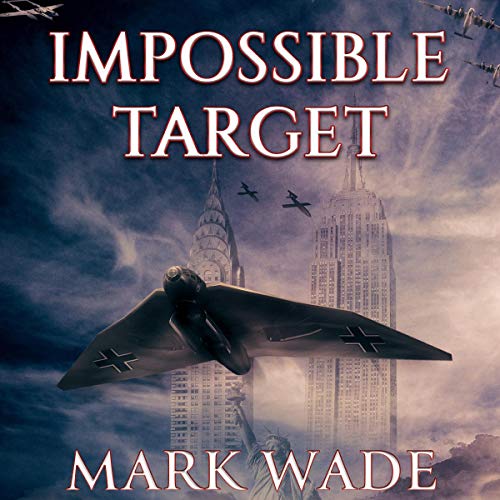 Air raid on New York City. This is not a drill.

December 1943. The momentum of the Second World War has shifted in favor of the Allies, and American confidence in the security situation has soared in the past few months. City lights and radio stations are back on across the East Coast as normalcy has returned to America.

While Germany may be down, though, it isn’t out, and the Luftwaffe has developed the technology to get Nazi Germany back in the war. Operating from secret bases in occupied Norway, Hitler’s Luftwaffe is about to launch their new heavy bombers against the mainland United States.

Unprepared for an attack on its homeland, only a limited number of air and naval units are available to react to the surprise attack on America’s most valuable asset - its will to fight.

It’s a race against time, with the fate of New York City hanging in the balance. You’ll experience breathtaking action and historical drama as the American homeland is attacked for the first time since 1812 by a foreign power. Can the Americans stop the German bombers before they release their weapons, or will the German forces fight their way through and destroy their impossible target?

What listeners say about Impossible Target

Interesting idea, but let down by childish comic book cliched dialogue. The narrator was just wrong for the role. I was tempted to return this audio book, but decided to keep it. I wouldn't buy another book by this author.

Great re working of ww2 history and weapons hope there is a sequel. I would recommend this book.

How to fly a ww2 plane

most of the book includes step by step instructions on flying a plane. The author's boring narrative anytime a character handles any equipments will bore you when a switch is thrown or a gauge is observed.

At least resolve a few things before you end the book. Also, there was too much pilot procedure for every flight. It got repetitive.

Way more to this novel than intimated at first glance. The ending was totally unexpected!

Impossible Target: A Flying Adventure. If you like alternative histories then this might be for you.,
You'll either love it or hate it on all four counts
Writing style, story content, narration and an open end.
Me I loved it and at over 14 hours long I thought it was finished too soon I want more in this line.
I hope the slightly open end means there'll be a followup.
I was given a free copy of this audiobook at my own request, and voluntarily leave this review.

I want it is a movie