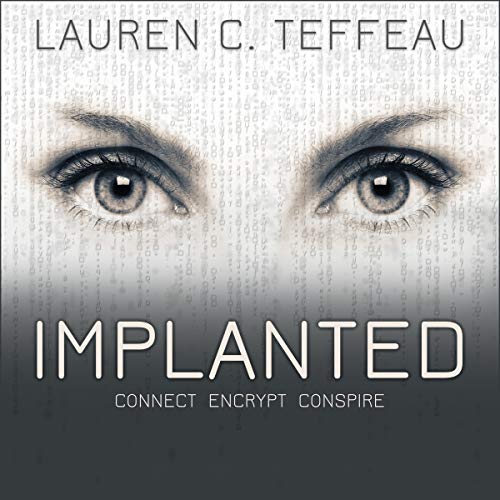 When college student Emery Driscoll is blackmailed into being a courier for a clandestine organization, she's cut off from the neural implant community which binds the domed city of New Worth together. Her new employers exploit her rare condition which allows her to carry encoded data in her blood and train her to transport secrets throughout the troubled city.

New Worth is on the brink of Emergence - freedom from the dome - but not everyone wants to leave. Then a data drop goes bad, and Emery is caught between factions: those who want her blood, and those who just want her dead.

I highly recommend Implanted as a Thriller set in a Sci-Fi future. The characters are relatable, likable, and realistic. The plot moves. I flew through it.

I particularly liked that, once you initially get introduced into the technology and society of the future, then it stayed consistent. In other words, the author doesn’t create plot twists by springing new technology on you mid-stream.

The World that the author creates is thought provoking in the mechanics, ethics, and politics, particularly since it is a plausible future and some of the technology isn’t that far in the future. (Staying vague because no spoilers.) You have the option to not think about those aspects as well, since Implanted is action-packed.

Implanted reminds me most of Ready Player One.

I highly recommend. I bought a paper version for my daughter and she read it all in one day while traveling back to college after Thanksgiving. She loved it.