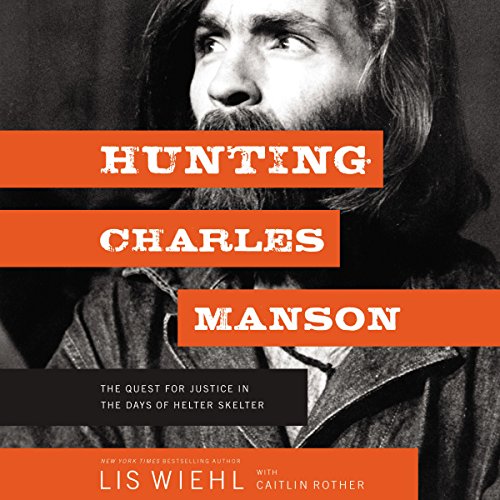 Hunting Charles Manson: The Quest for Justice in the Days of Helter Skelter

By: Lis Wiehl
Narrated by: Michelle Lasley,Lis Wiehl
Try for £0.00

In the late summer of 1969, the nation was transfixed by a series of gruesome murders in the hills of Los Angeles. Newspapers and television programs detailed the brutal slayings of a beautiful actress - 26 years old and eight months pregnant with her first child - as well as a hair stylist, an heiress, a small businessman, and other victims. The City of Angels was plunged into a nightmare of fear and dread. In the weeks and months that followed, law enforcement faced intense pressure to solve crimes that seemed to have no connection.

Finally, after months of dead-ends, false leads, and near-misses, Charles Manson and members of his "family" were arrested. The bewildering trials that followed once again captured the nation and forever secured Manson as a byword for the evil that men do.

Drawing upon deep archival research and exclusive personal interviews - including unique access to Manson Family parole hearings - former Fox News legal analyst and best-selling author Lis Wiehl gives listeners a propulsive, pause-resisting historical thriller of the crimes and a manhunt that mesmerized the nation. And in the process, she reveals how the social and political context that gave rise to Manson is eerily similar to our own.

Bring the case to life with Manson photos, explore the cast of characters, and gain insight into the research methodology with the audiobook companion PDF download.

What listeners say about Hunting Charles Manson: The Quest for Justice in the Days of Helter Skelter

Entertaining book. One of the better books on this story. I finished it quickly. Good stuff.

Shoddy research and hack journalism is, I suppose, par for the course for a Faux News alum. Add in a narrator who mispronounces very high profile, well documented names, and it's just what you'd expect. SOMEONE, either the author or narrator unilaterally censors even mild swear words within direct quotes. Are we in middle school? And then she starts fat-shaming Leno LaBianca! A victim!!!!! Maybe I can choke down more of this book at some other time, but this far in it's a worse hack job than any of Tex's crime scenes and I just can't.

Told as someone examining the facts and also looking into all of the possible theories.

Good listen, if you've followed the Manson crimes over the years it wont offer you really anything new, except for the "where are they now" near the end..
however it's good to hear this author's confirming other authors and story tellers take on all of this.

this is a rehash of a few books put together. I usually love Lisa Wiehl too. I am at least happy she weeded out truths and heresay

This book has various inaccuracies. It tells different stories from Helter Skelter which was wrote by the prosecutor from the case. The narrator pronounced names wrong as well. I had really hoped for a good story, but it just seemed sarcastic at times, and just not good.