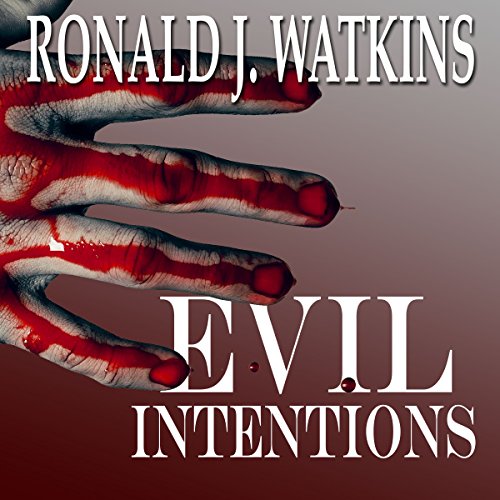 Suzanne Rossetti made only one serious error in her short life: She accidently locked the keys in her car. Two drifters offered to help. One was just released from prison, the other was an escaped convict. A few moments later they'd kidnapped the young woman.

Throughout a desperate night of horror, Suzanne was repeatedly raped and beaten. Finally, shortly before dawn, the pair drove her into Arizona's fabled Superstition Mountains where they cast her from a cliff in an attempt to kill her. Hearing her moans, they stumbled down the mountainside then bludgeoned her unconscious before burying her alive.

Evil Intentions explores to depravity of this crime, taking the listener into the lives and minds of the killers, relating the tragic consequences to her family and loved ones.

Written by the court investigator who prepared the presentencing reports on the killers, it offers rare insight into the criminal investigation, plea bargaining, and trial.

"[A] true and horrifying story, this is an account of murder, told from allsides, such as you've never read before." (Booklist)

What listeners say about Evil Intentions

bought this book without listening to the sample..

The narrator's voice ruined it. sad because the story line sounded great. I tried and tried again. :(

The Narrator has a sing song lilting voice suitable for reading a fairy tale, not suitable for true crime.
However, this nonfiction book was still worth listening too. The crime is unspeakable. Facts are related without sensationalizing.

Always a bad sign if the narrator isn't great

Would you be willing to try another book from Ronald J. Watkins? Why or why not?

Was Evil Intentions worth the listening time?

It was okay. I love a good story, including details. So I am not the type to say a book is too long. But this book has a long drawn out lead up before the story. To the extent, that for a long time I couldn't tell who would even be the victim. That's all fine if the whole book is that way. However the part that had to do with the crime was very brief. Basically I'm not sure there was enough here for a full book. It was just made that long.

Worst narrator ever (or that I can remember)

What would have made Evil Intentions better?

Stopped listening to this narrator. He ought to take his gravelly voice and stomp it out in an ashtray.