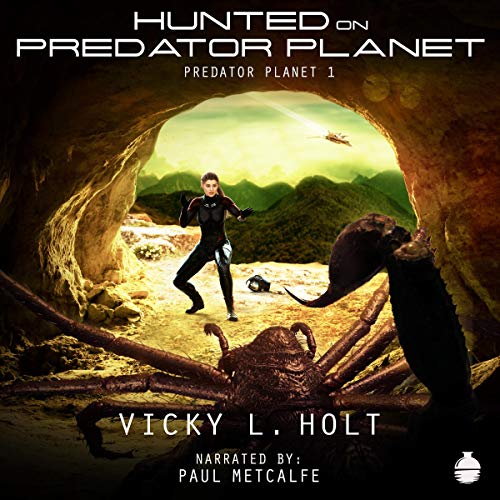 Love will capture its prey, especially on a Predator Planet.

Esra Weaver, exo-geologist, is hired for the Kerberos-90 Mining expedition, but when she awakens in her Emergency Egress Pod on a tropical, uninhabited planet, she realizes her life has taken a drastic turn for the disastrous. "Predator Planet" tries to kill her at every turn, and Esra soon discovers it also harbors a mysterious alien out for her blood. When danger and death converge on her, her hunter becomes her savior, and when her feelings for him evolve, she realizes she must battle not only Predator Planet but also her past to make room in her heart for an unexpected but passionate future.

Naraxthel Roika, Mighty Hunter of the Ikthekal race, discovers the existence of a spy on his hunting grounds planet. With blood and fury in his veins, he tracks her down, only to discover that she isn’t a spy at all, but a mighty little hunter in her own right. Against centuries of tradition and physiology, Naraxthel’s heart-home begins the biological changes that indicate he has discovered his mate. He tries to fight what his heart is trying to tell him, but love doesn’t distinguish between star systems and it won’t stop growing, even if the consequence is exile.

Together, along with Naraxthel’s hunting party, they must embark on a dangerous and desperate journey to reclaim not only Naraxthel’s place in his society but also find a way for them to be together.

Get ready for a great adventure!!!

So I loved this story when I first read it. When I found out it was going to be on audible I got real excited. It was soo goood!! Narrator brought it alive. Only wish there was a woman narrator for the female character.
Plot was good and a little different from other SCI-FI reads. But still good. I really hope there are going to be more books!
#MyBookObsessionApproved

I’m really upset that I took so long to read this. I’ve seen it recommended many times but kept putting it off.

It is such a good story. I can’t wait to see what happens next. The characters are interesting and well written. The world building is good.

Overall I liked the narration. There isn’t a huge distinction between voices, but the performance is good. I love his accent and I hope he continues reading the next books.