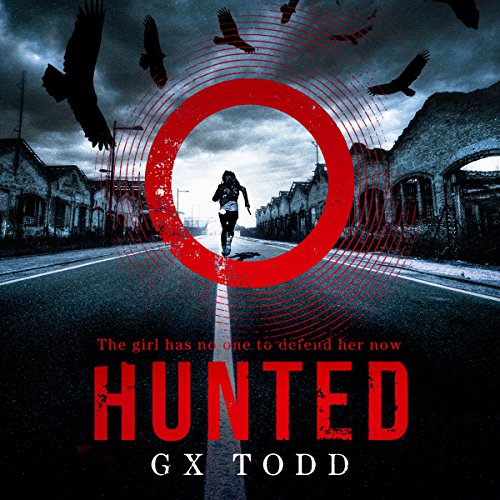 Hunted by G. X. Todd is the second novel in the Voices series.

The battle between Good and Evil continues to play out in a world where the Voice in your head can save or slaughter you. A must-listen for fans of Neil Gaiman and Joe Hill.

One man is driven by a Voice that isn't his. It's killing his sanity and wrestling with it over and over like a jackal with a bone. He has one goal.

To find the girl with a Voice like his own. She has no one to defend her now. The hunt is on.

But in an inn by the sea, a boy with no tongue and no Voice gathers his warriors. Albus must find Lacey...before the Other does. And finish the work his sister, Ruby, began.

Hunted is the second book in the highly acclaimed Voices series, where the battle between Good and Evil rages on. And on.

"Of a piece with Stephen King's The Stand." (The Independent)

What listeners say about Hunted

A story with a never sure if the main characters will make it to the end twist. No Hollywood ever after ending here. Move along move along.

I mentioned it in my review of the 1st book very King influenced story but still enjoyable (if you could call disturbed and deranged enjoyable).

Look forward to the next in the series.

Ms Todd is becoming a new favourite, up there with King, Barker, Hurbert and Koontz

fascinating idea but a slow starter

not in any way as good as book 1. However the book is great the story is interesting it's fascinating, and it has you wondering and second guessing yourself. It gives you plenty to think about and though the book is great I couldn't give It 5 Stars, because it was a very very slow starter. I found it dragged and didn't seem to be going anywhere and even lost direction, in some parts though, towards the end, it did pick up. Book 1 however was fantastic it was intriguing, it was exciting, it was fascinating. I assume there will be a book 3 and hope it is not a slow starter like this one, as several times, I nearly put this book down. I guess the only reason I finished it was because of my OCD, I can't leave a book half read.