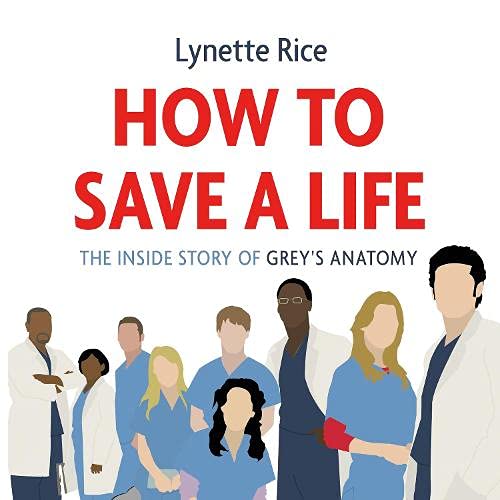 How to Save a Life

By: Lynette Rice
Narrated by: Kate Mulligan
Try for £0.00

The first inside story of one of TV's most popular and beloved dramas, Grey's Anatomy.

More than 15 years after its premiere, Grey's Anatomy remains one of the most beloved dramas on television in the US and the UK. It continues to win its time slot and has ranked in the top 20 most watched shows in primetime for most of its 17 season run. It currently averages more than nine million viewers each week.

More than that, it's been a cultural touchstone. It introduced the unique voice and vision of Shonda Rhimes, it made Ellen Pompeo, Sandra Oh and T. R. Knight household names, and injected words and phrases into the cultural lexicon like 'McDreamy' and 'you're my person'. The behind-the-scenes drama has always been just as juicy as what was happening in front of the camera, from the high-profile firing of Isaiah Washington to Katherine Heigl's fall from grace and Patrick Dempsey's shocking death episode. The show continued to haemorrhage key players, but the beloved hospital series never skipped a beat.

Lynette Rice's How to Save a Life takes a totally unauthorised deep dive into the show's humble start, while offering exclusive intel on the behind-the-scenes culture, the most heartbreaking departures and the more polarising plotlines. It's the perfect listen for all Grey's Anatomy fans out there.

What listeners say about How to Save a Life

I really enjoyed hearing the behind the scenes of one of my favourite shows but this format is quite confusing in this medium.