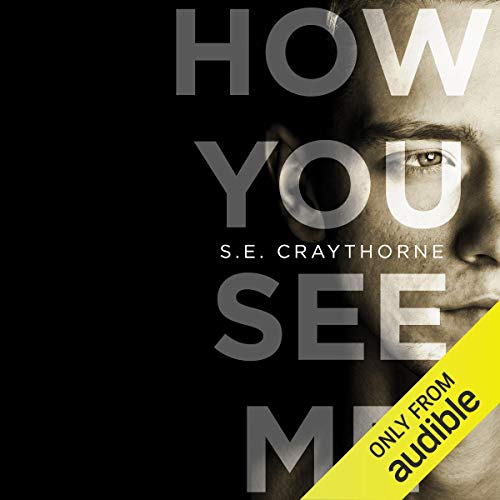 How You See Me

I've probably lied to you. That's habit. I lie to everyone about my family....

Daniel Laird has returned to his remote family home in Norfolk to care for his ailing artist father. Living an isolated existence - with his father unable to speak and only their brusque housekeeper, Maggie, for company - Daniel describes the strangeness of coming home after an eight-year absence in a series of vivid and passionate letters to his sister; his boss; and Alice, his one true love. But it is not until he discovers a hidden cache of his father's paintings that the truth begins to surface. The more Daniel writes, the more we learn about the past and about why he left all those years ago - and the more we begin to fear for those he claims to hold dear.

Taut and suspenseful, this powerful novel compulsively unfolds in Daniel's own hand, exploring the terrifying power of the mind to deceive not only others but - most frightening of all - ourselves.

S. E. Craythorne is a graduate of the Creative Writing MA at the University of East Anglia. Her poetry and prose have previously been published by Gatehouse Press, Poetry Unbound and ink sweat and tears. In 2013 she was awarded a place on the Metal Culture Lab programme and performed at the Shorelines Festival.

An extract from Craythorne's debut novel, Less Than Kind, was shortlisted for the 2013 Writer's Retreat Competition and was longlisted the same year for Mslexia's Women's Novel Competition. In 2014 she was awarded Arts Council funding to write her second novel.

Brought up on a smallholding in rural Norfolk, S. E. Craythorne has also lived in Manchester and Hong Kong. She has worked as a bookseller, a journalist, an artist's model, an English teacher and a librarian. S. E . Craythorne now lives and works in Norwich.

"A tender, poignant story...word-perfect. S. E. Craythorne revives an old conceit the epistolary novel while making a modern point: how very hard it is to know ourselves and how very hard it is to be understood by others." (Yann Martel)
"In this dark, intoxicating novel, S. E. Craythorne writes about being loved and being lost...a wonderful, devastating read." (Alice Kuipers)

What listeners say about How You See Me

'Oh what a tangled web we weave!'

'Oh what a tangled web we weave when first we practise to deceive!' This impressive debut novel is made up of letters written by Dan Laird who, we know from the outset, has told lies about himself in his past. He is back in the old family home in Norfolk caring for his severely disabled old father, the renowned artist Michael Laird, with whom he has long had a hostile, silent relationship. The letters, including those to his lost love Alice, cleverly build up a multi-faceted, intriguing, difficult and damaged young man. Disturbing undercurrents are suggested but it is only towards the very end that we understand the shocking reality and the depths of Dan's self-deception - and ours as listeners.
With Matt Addis as a male narrator creating Dan's own narrative voice in his letters with all their sexual memories, I was surprised to find that S.E.Crathorne is a woman. For a first novel, she has handled a number of ambitious narrative complexities with commendable skill. Although I found the final revelations rather too speedy, I was involved and intrigued throughout and Matt Addis' narration conveying all Dan's changing moods and obsessions added another dimension of reality. Thoroughly recommended!

The best book I've listened to so far. can't wait for the next book. Thanks.