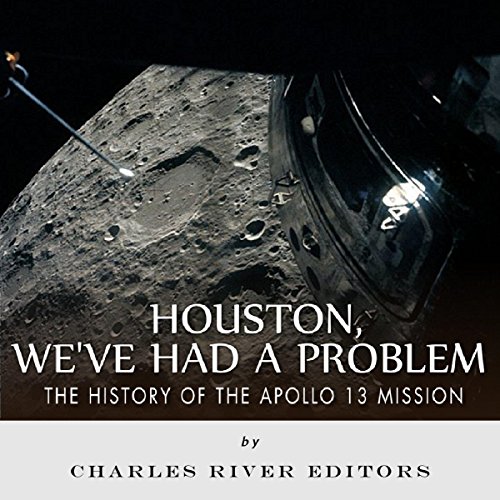 Houston, We've Had a Problem

By: Charles River Editors
Narrated by: Bob Barton
Try for £0.00

"The only experiment we completed on Apollo 13 was not on the original mission list." - James Lovell, Jr.

Another reason Apollo 12 is mostly forgotten today can be credited to the dramatic and fateful Apollo 13 mission, which took twists and turns nobody could have predicted when it launched on April 11, 1970. Apollo 13's mission was to land on the Moon near the Fra Mauro highlands, which were hills that had somehow formed in the middle of a huge crater tens of miles wide. The mission was supposed to test for seismic activity and take samples to analyze the crater and try to find an explanation for the formation of the hills.

Of course, as is widely known today, Apollo 13 never made the landing. The ever-dependable Saturn V properly thrust Apollo 13 out of the Earth's orbit and toward the Moon, but two days into the voyage, the crew heard a loud bang. At first, the crew was not sure what had happened, leading Commander James Lovell to famously transmit to Mission Control, "Houston, we've had a problem." As it turned out, one of the main oxygen tanks had ruptured in the Service Module, causing a catastrophic failure. The Command/Service Module's fuel cells all shut down, leaving the command/Service Module to run on backup batteries.

What listeners say about Houston, We've Had a Problem

Short and quite technical but a decent intro

I have read a lot about the Apollo missions and particularly about Apollo 13 so I could follow this but if you are new to the subject, this isn't necessarily the best place to start. Much of it uses very technical and dry language because it quotes a lot from NASA formal logs and reports. It does hit the highlights of the mission and its many problems and if you just want a technical review then this might be for you. But if you really want to learn about, understand and get a more personal view of the mission, then I recommend Apollo 13 (the book previously titled "Lost Moon) by Jim Lovell.

A good review of Apollo 13