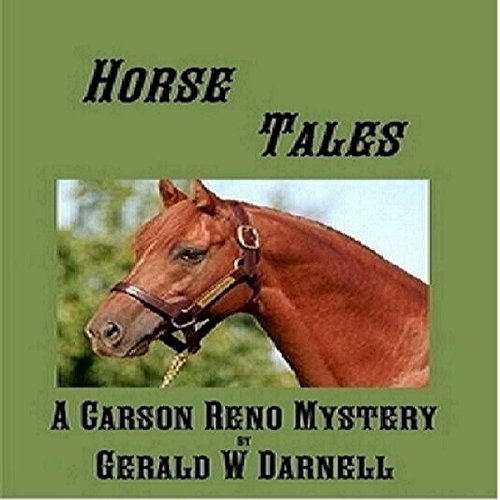 By: Gerald W. Darnell
Narrated by: Edward Hightower
Try for £0.00

One of Humboldt's well-known horse breeders is brutally murdered, then left to burn in his barn along with his prized stallions. A Jack Logan client has been accused of the murder and Carson has been called in to investigate. However, getting to the truth is proving to be a real challenge. It seems no one, not even the accused, is capable of telling the truth. Greed, lust, infidelity, half-truths, and the Memphis Mafia all seem to be involved - somehow. Sorting out the pieces and finding the real murderer will be a monumental task.

Carson becomes involved in the web of lies and faces one of his biggest challenges, as he tries to solve the case of Horse Tales.

What listeners say about Horse Tales

This was a bit gruesome and I empathized with the horses. Such a shame that greed took this path. Liz continues to be a dictator and Carson is her puppet. I really want him to man up and not be her yes man. It's hard to respect him when he puts up with and fosters her poor behaviors..I liked Carson's perseverance of clues despite Liz's constant demands and other's threats and advice to back off the case. Good triumphs over evil. I voluntarily listened to a free copy of this and am giving an honest review. The narrator did a good job.

So, this was interesting. I work in the Thoroughbred Industry and I know that things like this can happen. I enjoyed the book, and I told a few friends that they should read it as well. The story has some twists and turns which keep you listening. The narration was excellent!