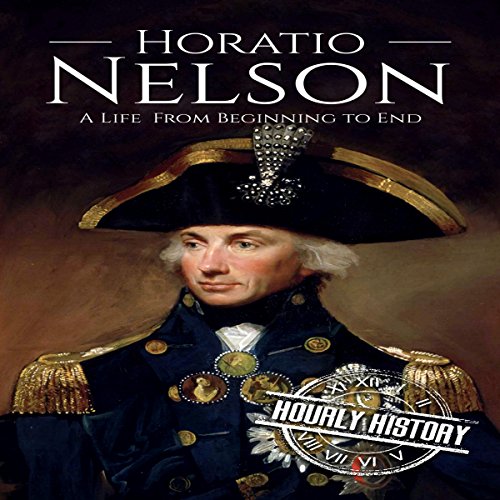 In a world where heroism and self-sacrifice sometimes seem to be in short supply, the exploits of the famed Admiral Horatio Nelson stand out to us as a refreshing reminder. His noble actions serve to show us of what it means to go above and beyond the call of duty and to put petty differences aside for the greater good. But of course, this is only part of the story. Because despite the larger-than-life legend that two centuries have brought us, Horatio Nelson was not some swashbuckling caricature, he was a real flesh and blood human being, just as flawed as the rest of us.

The same man who saved Britain but couldn’t save his marriage. The man, who was faithful to God and country beyond anything else, had several mistresses and fathered a child out of wedlock. The truth is that even heroes aren’t perfect. This book gets beyond the two-dimensional figure we learned about in grade school and delves deep into the true character of Horatio Nelson.

What listeners say about Horatio Nelson

a short. but exceptional story of 1 of England's most famous leaders during the Napoleon wars

Too short. Not enough story. I could of learned this much on the internet for free. .