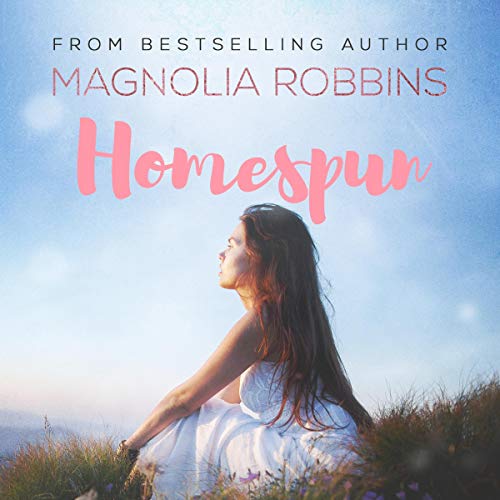 By: Magnolia Robbins
Narrated by: Amy Deuchler
Try for £0.00

No Miller could ever love a Livingston.

She swore she would never work at the bourbon distillery with her last name on it. That she would never be a part of her family’s legacy. But when her posh, cozy world went up in flames, she was forced to return to her small hometown of Bardstown, Kentucky, and face a bitter truth. That she was stuck there, working in the family business, whether she liked it or not.

And it wasn’t that bad. Until Charlotte realized that her boss was Marlow Miller.

Marlow and Charlotte are exact opposites in every imaginable way, yet Charlotte can’t seem to get enough of the sexy-southern-as-you-could-get-woman. But the problem is, Marlow doesn’t want anything to do with her. Everyone in Bardstown knew that the Millers and the Livingstons had been at war for decades, and for good reason.

And if her parents found out she was falling hard and fast for a Miller woman, her life might actually be over.

And Marlow’s would be, too.

This enemies to lovers, rich girl/poor girl novel is a modern twist of Shakespeare’s Romeo and Juliet.

What listeners say about Homespun

This was an awesome book. Both main characters were very complex. Charlotte's wishy-washiness - and especially the lengths it goes to, may really, really irritate some. BUT, that is so much more realistic than someone who has been wishy-washy all their lives, and 10 minutes into meeting the person who turns out to be the love of their life, they are able to stand up for themselves. Real life does not happen that way. And in that way, Charlotte is exceedingly realistic.

But/and everybody has some good qualities, and Charlotte is no exception. She appreciates the little things, which are often so important. She appreciates so much about Marlow - as she should.

And Marlow? Marlow sees Charlotte as she is, which is mentioned numerous times in the book. It is so dear, and so precious how lovingly and careful and respectful she treats Charlotte - who is not used to being treated well. (Both by her ex-wife, and, as we see/guess, by her father.) Marlow is such a good person, "despite" having been treated so well - but she's not a martyr - somehow.

I really enjoyed Amy Deuchler's narration. The voices were different enough it was easy to keep track of who was speaking. And the emotions in their voices were well done, and not overly done.

Uhh... definitely not Romeo and Juliet

The premise was sooooo promising, yet the execution just made this story just irritating and repetitive. Charlotte's character development is non existent, she begins in the story as a weak willed, conflict avoiding, soft spoken person and she ends the story as such.

Each and every time she tries to change herself she ends up running away, whenever conflict arises and voices are raised she shrinks and "braces" herself for impact. In the few instances where she does have a burst of courage she's lead by another person, drawing their strength and taking comfort in the fact that someone is there to catch her and back her up. Never does she actually do anything herself or decide for herself and it never gets better. I still don't understand why the Livingstons hate the Millers, I can understand why the Millers hate the Livingstons but not vice versa.

Narration was very very good, Magnolia Robbins demonstrated a wide range of voices and emotions that she portrayed in the book. Each and every character was distinguishable and had a personality of their own. It would be a joy and pleasure to listen to her again.

Overall... this book had the potential to be something deep, well developed, and fun, however, it was not. It was a story about a weak meek woman who had everything given to her and doesn't know how to take care of herself and as the story progresses, nothing changed. Even at the very end, things were still given to her and she didn't work or change for anything, certain situations popped up which enabled her and her lover to be happy, not because she, herself, did anything to change her own terrible situation.

I personally hate weak characters and I don't recommend this book if you do too. However, it wasn't the worst story I've ever listened to and if you have nothing else to listen to and some left over money, then sure.

I absolutely loved this audiobook. The characters were interesting and the story had a bit of a mystery mixed in. Two families once opened a distillery, the Millers and the Livingstones, but now only the Livingstones own the business. Marla Miller works there even though the Livingstones treat her and her family badly and the mystery is about her father's death in the same distillery 10 years ago... Marla is so sweet and adorable and she plays the banjo. This is a scatterbrained review. but I wanted to write something because I enjoyed the whole audiobook. ok so the other main lady is Charlotte Livingstone. she has been living in Chicago, but after her wife cheats on her one too many times, she leaves everything and goes back home to Kentucky where her family owns the distillery. She gets a job there and meets Marla and even though Charlotte wears heels and dresses and Marla wears jeans and goes barefoot when she can, they instantly like each other. They start as coworkers, and then neighbors, then, during a scene I LOVED when they were painting Charlotte's dead aunt's house, they finally kissed... This is a poorly written review, but it's the thought that counts. Absolutely loved this. Narration was good and the story and sex scenes were amazing.

Loved the story, loved the plot, loved the characters, especially Marlo. She is such an amazing woman.
Narration was excellent.

Returning to your hometown is never easy

I really liked this book. Returning to your hometown is never as easy as it seems. Life changes and so do people. You are never the same person as you were when you left.

This is the story of a woman who returns to her hometown after her marriage has fallen to pieces. The problem is, when you stay away for too long, you change, you grow up and become your own person. When the MC goes home, she returns to a family that still sees her as the kid that needs everyone to make her decisions for her. But she discovers she has a mind, and free will all of her own.

The storyline in this book can be a little frustrating because sometimes you just want to reach into the recording and grab the MC and say "stand up for yourself" but it well written. I've listen to several audiobooks by this author and narrator. They make a great combo. My only complaint is that the descriptions of the characters physical attributes were a little lacking, meaning, I could not conjure up a visual image of what the characters looked like other than hair color and eye color. But that may have just been me. When it comes to audiobooks, I prefer to be able to imagine what the characters look like.

The narrator did a great job with the accents. There is a distinct difference between southern accents and she did an awesome job of using a Kentucky accent!

Overall - It is worth the listen!